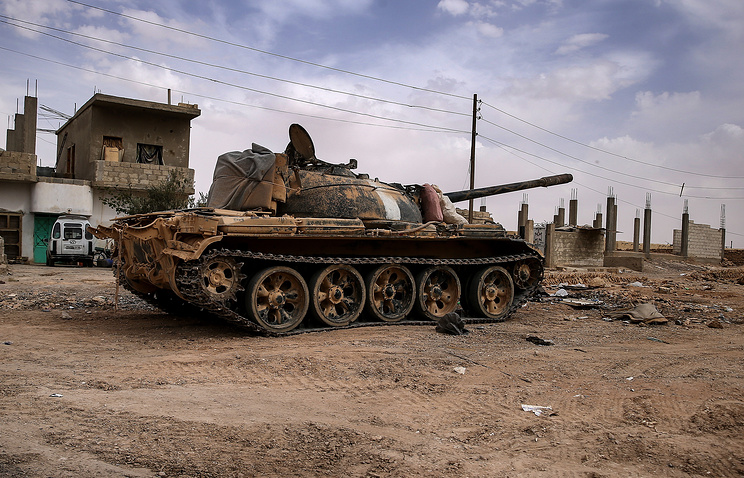 The ceasefire largely holds in most of Syrian regions, nine violations have been registered over the past 24 hours (seven – in Damascus region and two – in Aleppo region). The Jaysh al-Islam and Jabhat al-Nusra terrorist groups (the latter banned in Russia) have been continuing provocations aimed at disrupting the ceasefire, the Russian center for reconciliation of opposing sides in Syria said in a daily news bulletin posted on the Defense Ministry’s website.

“Detachments of Jabhat al-Nusra, which ranks itself among the opposition, shelled from mortars Syrian governmental troops in the residential localities of Meida, Duma, Zibdin and Jubar in the Damascus province,” the bulletin reads. “The Harasta suburb of the Syrian capital and residential localities of al-Sahia and Haush al-Hayat came under mortar shelling. In the city of Aleppo militants of the Jaysh al-Islam units delivered artillery strikes on the districts of Al-Assad and Al-Zahraa.”

Over the past 24 hours, Jabhat al-Nusra militants were bombarding Aleppo’s districts of Sheikh Maqsood, Halidia and Salah Ed-Din from multiple rocket launchers and mortars. The towns of Handarat and Hailan in the Aleppo region came under shelling more than once.

In the Latakia region the residential locality of Ard al-Vata was shelled from tanks, mortars and a towed 23 mm anti-aircraft twin-barreled autocannon. Besides, the village of Nehshebba came under shelling of a ZU-23-2 and Blelye under shelling from mortars.

In the Quneitra region, the residential locality of Jabba was subjected to shelling from mortars and small arms, while Albax – from multiple rocket launchers.

The situation near Palmyra in the Homs region has deteriorated. Repeated advances of terrorists groups aimed at seizing dominant hills are repelled by governmental forces. Syria’s Armed Forces halted the offensive of Jabhat al-Nusra detachments near the residential localities of Hashhasha, Haddada and Hard-Merzdli.

Russia’s Aerospace Force and Syria’s Air Force have not been delivering strikes on opposition armed units that had announced the cessation of hostilities and reported their location to the Russian or U.S. reconciliation centers.

The ceasefire has been effective in Syria since February 27, 2016. It does not apply to the groups Islamic State and Jabhat al-Nusra (both outlawed in Russia), and also to other groups declared as terrorist by the UN Security Council. Russia’s aviation grouping has been delivering air strikes against the Islamic State terrorist organization in Syria since September 30, 2015 at the request of Syria’s President Bashar Assad. On February 23 a Russian reconciliation center was set up at the Khmeimim air base in the Latakia region. It was set up to facilitate the negotiations between the Syrian government and opposition and to organize humanitarian deliveries.