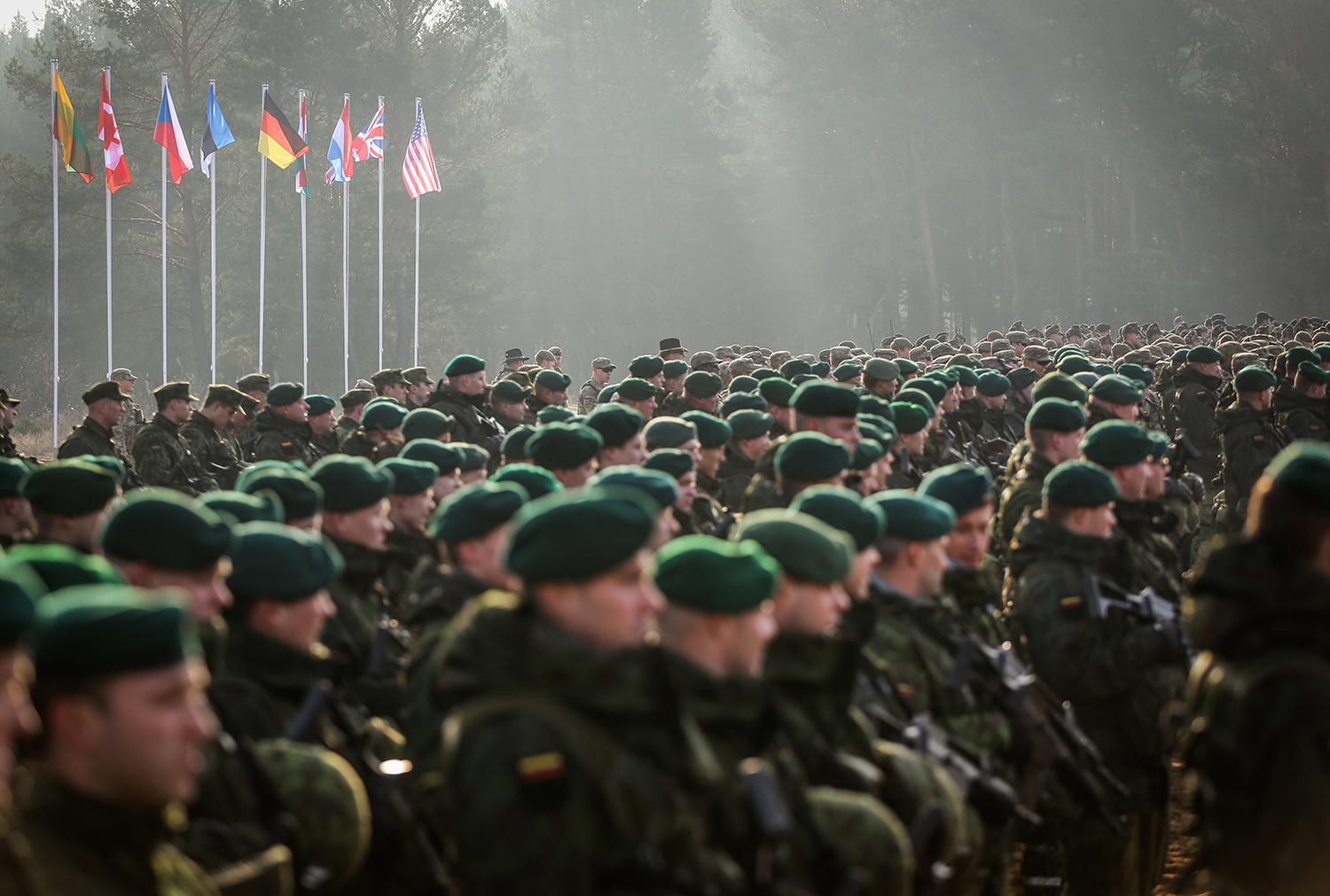 BRITAIN is preparing to send hundreds of troops to form a NATO-backed line of steel between eastern Europe and Russia in a move that is likely to infuriate the Kremlin.

The deployment, NATO’s biggest since the end of the Cold War, could include up to 3,500 troops, with the UK, US and Germany forming the bulk of those.

Foreign Secretary Phillip Hammond today sought to quell anxiety in Moscow that the deployment was aimed at destabilizing the region, saying they would be temporary deployments.

Mr Hammond said: “The point of these formations is to act as a trip wire.

“It isn’t intended to be aggressive.”

The deployment will see national forces on rotation with regular war games and equipment ready for a rapid response force which would include air, sea and special operations units.

NATO diplomats say the United States is likely to command two battalions, with Britain and Germany taking another each.

The last battalion is likely to come from Denmark, Spain, Italy or the Netherlands.

A final decision on troop levels will be agreed by Nato defence chiefs next month before a crunch summit in Poland in July.

NATO signed an accession accord with Montenegro on Thursday

US Secretary of State John Kerry, attending the Brussels talks today, said: “NATO is open to a political dialogue with Russia but we will refrain from business as usual until the Minsk commitments are fully implemented.”

Meanwhile, NATO signed an accession accord with Montenegro on Thursday in a move that will provoke Russia further.

Nato formally invited the tiny Balkan state to become its 29th member on Thursday, a decision that still needs the approval of the US Senate, as well as the military alliance’s other 27 parliaments and Montenegro’s own parliament.

Kremlin spokesman Dmitry Peskov said: “This process yields nothing from the point of view of European security.

“On the contrary, this process risks further increasing tensions on the continent.”

Georgia, which fought a brief war with Russia in 2008, is also seeking membership of the military alliance.