Home » Press » The Enemy Within: Former Inmate on Muslim Radicalization in Russian Prisons 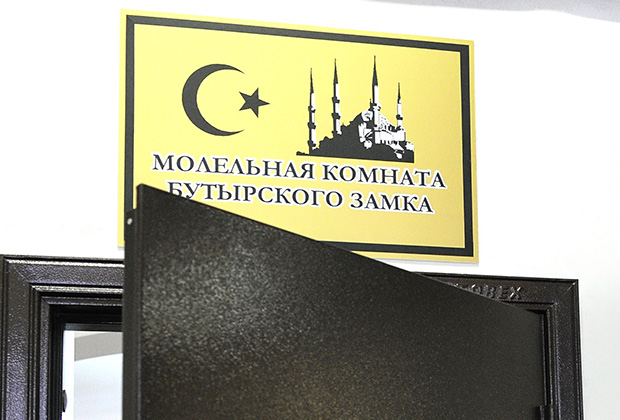 The Enemy Within: Former Inmate on Muslim Radicalization in Russian Prisons

“Muslims were silent only on Easter”

A former inmate about how radical Islam is flourishing in Russian camps and prisons
Earlier this year the Federal service of execution of punishments (FSIN) announced that it intends to increase efforts in its institutions of combating the radical Muslim prison communities — jamaats. Experts of the Russian institute for strategic studies even urged to create separate zones for the Islamists, in order to deprive them of the opportunity to recruit neophytes from among the prisoners. A student of the School of Economics of Moscow State University Victor Lukovenko told Lenta.ru what are prison jamaats,  how they persevere and recruit new members. He was recently released from prison, where he spent more than five years.

Lenta.ru: Where did you serve your sentence?

Victor Lukovenko: About a year, since July of 2010, I spent in Butyrka. On the one hand, it is a showcase central prison of the capital, but in general, the most typical example of a Moscow prison. Almost a month lasted the stage through Chelyabinsk and Krasnoyarsk to Buryatia. And four years in strict regime colony No. 8 in Ulan-Ude.

What was the ethnic composition of prison population?

If you take Moscow prisons, the vast majority, eighty percent were immigrants from the Caucasus and Central Asia. I personally was in a room where of twenty people there were only two Slavs, others: Azerbaijanis, Georgians, Tajiks, Uzbeks, Kyrgyz. A lot of the “overseers” of the cells and even of the buildings in Butyrka were Azerbaijanis, for example.

Very little. Despite all attempts by staff to use this factor in their operational work, the criminal world understands that division on ethnic basis is its weak side, and everyone strives to negate it.

But there is another factor that is difficult to tame – religious. Radical Muslims from the North Caucasus republics often end up in prison. The relationship between them and, for example, the same Azerbaijanis who in prisons are mostly the bearers of a traditional “thief” ideology, to put it mildly, is chilly.

What do you mean by radical?

I am not from this environment, observed it from the side, but, apparently, we are talking about Salafis [fundamentalist Islamic movement, which came to Russia in 1990s from Arab countries — Lenta.ru]. They stand out externally — grow long beards, shave their mustaches, tuck pants and so on.

How many of them are there and how are their relations with other prisoners?

Numerically, the Salafis, if you take most active, organized in jamaats (communities — Lenta.ru), constitute about five percent of inhabitants of Moscow prisons. They are not so numerous, but they’re cohesive and well organized, not shying from conflict even with “thieves”. There were some fights. When, for example, in a cell there were ten radical Muslims and ten representatives of the criminal world. If the cell is dominated by Muslims, they set their own rules. Refusing, for example, to send cigarettes to the other cells. And this is the so-called “road” on which rests the whole existence in prison.

Often the “thieves” had to retreat under the onslaught of aggressive youth. There were fights at collection [when transporting prisoners — Lenta.ru], and again, radical Muslims were often the winners, as many of them, to their credit, are ready to go to the end. As a result, these few groups are attracting those natives of the North Caucasus, who on the outside did not have much interest in religion on ethnic basis.

With anyone who comes in a way of the imposition of their rules. It is worth noting that in the case of ethnic conflicts the “thieves” often stood up for the few Slavs, knowing that if today they will give them to the mercy of radical Muslims, tomorrow they will be next themselves. In some places it is already happening — the word is, there are camps in Rostov region, in North Caucasus, dominated by Salafis, living in their jamaats. They deny the thief code, don’t contribute to the common fund [as told by inmates of IK-2 in the town of Shamkhal in Dagestan – Lenta.ru]. This partly plays in the hands of prison staff who patronize certain radical Muslims to drive a wedge between prisoners.

That is, ethnic and religious factors play an important role in the penal system?

As it turns out. Many prison staff owe their career growth to their belonging to North Caucasian diasporas. I was faced with employees of Chechen origin, who due to their ethnic ties solved work issues and quickly accumulated stars on shoulder straps. Moreover, getting a job in prison and in camps, they don’t just provide “cover” for their own, but engage in spreading the ideas of radical Islam among the Slavs, which I have observed personally.

We can assume that in some cases the prison authorities deliberately collect Salafis in individual cells, so if necessary, to use them as “press-hut” for rebellious Slavs. That is to say, quid pro quo. In general, prison administration staff is very courteous to Salafis, despite their often provocative behavior.

What sentences do the Islamists usually have?

I once crossed paths with the young Dagestanis, they almost always have the same charge — aggravated robbery with sentences of 15-20 years. Their age is usually 18-20 years old, one and the same scenario of the crime — they come with a large group to Moscow, attempt daring armed attacks on jewelry stores, banks etc. By all possible means they try to transfer to serve time in some of the North Caucasian republics. Explaining frankly: “If we go to the Caucasus, there we will serve three or four years, solve the issue on the outside, will come out and go back to business”. A transfer to the Urals or Siberia they perceive as the end of the world — there it is impossible to be released quickly.

Do the members of jamaats somehow advertise their connection to the militants in the North Caucasus?

Those young Dagestanis I was talking about, arrive to prison already as radical Muslims. They don’t hide in conversations that they send a portion of the loot home to the Caucasus, as they say, “for Jihad”.

Among this crowd a very popular singer is Timur Mutsuraev, glorifying the “exploits” of Dudayev’s militants. Members of jamaat often openly showed their cell phones videos of the manufacture of explosive devices, propaganda videos of the “Islamic state” [banned in Russia — Lenta.ru]. When the phones were taken away, they also found recorded by militants videos of beheadings of Russian soldiers and so on in the same spirit.

You served time in the period of formation of the “Islamic state”. How did the prison Salafis respond to these developments?

When the information that in Syria the Islamic state proclaimed a Caliphate leaked to prisons and camps, jamaats were delighted. Many, especially neophytes, couldn’t hide their joy, saying that once released they will go there to fight. And they go through with it — I know of specific cases. What surprised me was the indifference of the administration of the Federal penitentiary service.

Who is recruited by prison jamaats and how does it happen?

They don’t limit themesleves by their ethnic boundaries, trying to recruit Slavs and Asians. However, due to their mental drive for leadership, Caucasians still occupy leading positions within jamaats, others are like second-class citizens.

Therefore, the neophytes trying to prove themselves, to gain status in a jamaat are initially ready for the most radical  actions. The leaders of small prison jamaats often use it in conflicts with administration and “thieves”. A neophyte is provoked to a fight with a specific employee of the administration or a “thief” who supposedly “does not love Allah”. Provocateur goes to solitary confinement, gets additional punishment. But the influence of jamaat in a prison environment is strengthened.

What does an inmate get from a jamaat?

A neophyte changes not only in appearance (beard, etc.). He becomes more confident, as behind him stands the entire jamaat. Its members due to better financial resources are often better nourished. In the camps because of their special status they refuse general work by somehow negotiating with the “thieves” or going into open conflict with them.

Members of jamaat strenuously exercise – it is an integral part of their training. In Butyrka there is a gym, but it costs money, and it is mostly visited by hustlers, who are into fitness. But in camps inmates equip themselves with “pumps”. There are not enough of them, and they are used by those who is allowed by administration. Salafis had this perk in IK-8 due to their resources and connections with staff. Moreover, in IK-8, with administration’s ban on sports nutrition, jamaat inmates found a way to illegally procure large quantities of protein, special athletic supplements for building muscle mass.

What is their attitude towards the Islamic clergy?

Contemptuous, utterly negative. Even when I was in Butyrka, TV was showing a news report about a meeting of Muslim clerics with the President or Prime Minister. The reaction was sharply negative, TV was immediately turned off. Had to listen to certain backlash.

IK-8 in 2013 opened a prayer room for Muslims, for worship came a representative of the official clergy, a Tatar. Not many wanted to pray with him …

Were there special moments that etched into your memory?

Two memories. The first are the constant roll calls before and after the prayer “Allah Akbar!” between the cells in Butyrka. This cry, rolling through “Central” [Butyrka] from one cell to another, had a specific purpose of psychological pressure on other inmates and administration by flaunting the numbers and unity of the Salafis. The only day of the year when Muslims were just silent was Easter, a special day for Slavs and Georgians. According to the old prison tradition on this day the “overseer” of the cell addressed its inhabitants with congratulations, and between the cells sounded the roll call “Christ is risen!”

The second memory is very significant – in June 2011, I went for a walk in Butyrka and heard the enthusiastic cries of “Allah Akbar!” and radical Muslims congratulating each other. It turned out that they were celebrating the murder of Colonel Budanov, who was shot in Moscow.