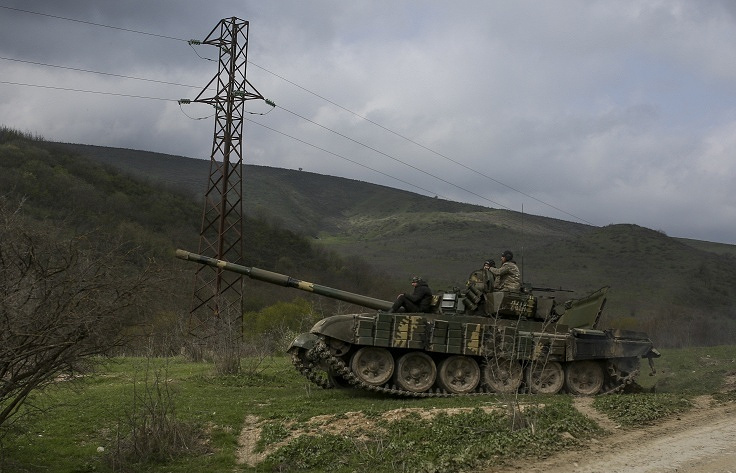 The situation on the state border between Armenia and Azerbaijan remained calm last night, the Armenian Defense Ministry said on Saturday.

“Overnight to May 21, separate chaotic shellings from firearms of different caliber by Azerbaijani side at border positions of the Armenian army were registered,” the defense ministry said. “Armenian Armed Forces control the situation on the border and confidently fulfill their tasks,” the ministry added.

On Saturday, April 2, the situation in Nagorno-Karabakh rapidly deteriorated when the parties to the Karabakh conflict accused each other of violating truce along the front line. The claims came from defense authorities of Armenia and of Azerbaijan.

On April 5 Azerbaijan’s Chief of Staff Col. Gen. Nadjmeddin Sadykov and his Armenian counterpart Col. Gen. Yury Khachaturov in Moscow with Russia’s mediation. At the talks the sides reached an agreement on cessation of hostilities at the contact line between Azerbaijani and Armenian forces. On the same day, the defense ministries of the two countries announced that the ceasefire in Nagorno-Karabakh would start at 12am local time.

Though the ceasefire mostly holds, both sides continue to report occasional violations of ceasefire on the contact line in Nagorno-Karabakh.

On May 16 the presidents of Armenia and Azerbaijan met in Vienna. Serzh Sargsyan and Ilham Aliyev agreed to “make steps to monitor observance of agreements on ceasefire and introduce a mechanism on investigating incidents.” They also agreed to “possible resume the negotiations process on settling the conflict,” the press service of the Armenian president said.