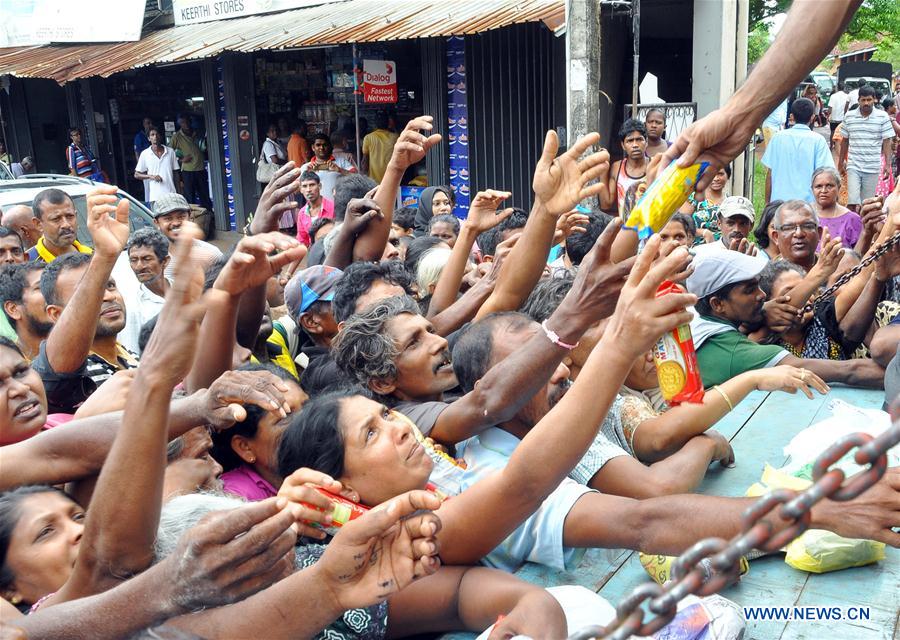 Flood victims wait to get relief goods at a temporary relocation site in Kelaniya District, Sri Lanka, May 20, 2016. The death toll from Sri Lanka’s flash floods and landslides rose to 64 on Friday as water levels in many districts continued to rise owing to heavy rains, the Disaster Management Center said.

The death toll from Sri Lanka’s flash floods and landslides rose to 71 on Saturday, while rescue teams continued efforts to search for hundreds who were still missing across the island, the Disaster Management Center said.

Sri Lanka’s central Kegalle District has recorded the highest number of deaths with 39 killed when two massive landslides struck Aranayake and Bulathkohupitiya on Tuesday and Wednesday.

The military said at least 141 people were still missing in Aranayake under the heavy debris and said rescue efforts would continue.

“We are still trying to recover at least 141 bodies from the landslide in Aranayake. So far we have recovered 14 bodies and 12 body parts. We will continue with our rescue efforts,” the officer in charge of the rescue missions, Major General Sudantha Ranasinghe told Xinhua.

However, the officer said efforts were being hampered by severe rains.

The landslide in Aranayake, the worst recorded in Sri Lankan history, buried three villages. Rescue officials said the numbers buried under the mud and rocks may be higher than the official figures.

Rescue operations in Bulathkohupitiya ceased on Thursday when rescue teams recovered 14 bodies and parts from two bodies. The military said 16 people were missing from the landslide when it buried at least six rows of houses.

At least 500,000 people have been affected by the rains to date and 200,000 have been sheltered in temporary camps which have been set up across the island.

The Irrigation Department said that while water levels had receded in the Kelani River in the capital, which posed a threat if rains continue, the threat of floods still remained.

The Meteorology Department in its latest weather alert said more rains are expected to continue in Sri Lanka for the next few days from a cyclonic storm which is located 1,100 km northeast of Kankasanthurai in the island’s north.

While the cyclonic storm – Roanu was moving further away from the island, the Meteorology Department said strong windy conditions and spells of showers would continue across the country and the coastal areas.