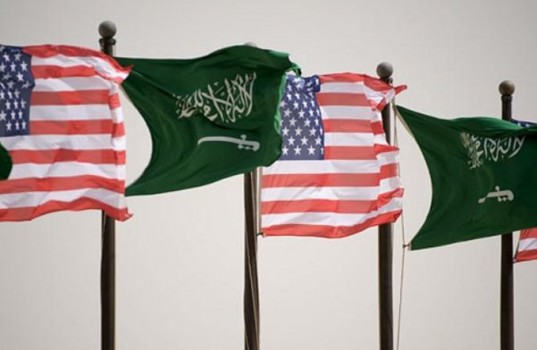 The American Senate today passed a bill which would allow victims of the 9/11 attacks to sue the Saudi royal family and government officials for damages. The move heralds the end of the US-Saudi strategic relationship which began seventy years ago when President Roosevelt met Saudi King Abdelaziz al-Saud aboard a warship in the Suez Canal. The fall-out from such a seismic change has yet to be seen but could include financial wars and political, diplomatic and judicial confrontation between the countries.

The ‘Justice Against Sponsors of Terrorism Act’ (JASTA) is sponsored by Democratic Senator Chuck Schumer and his Republican counterpart John Cornyn. It was passed unanimously, despite the White House being opposed to the measure.

JASTA next has to go to the House of Representatives where a hearing will be conducted before it is voted on again.
If it is passed it would remove ‘sovereign immunity’ – which prevents legal action against governments – in cases where the authorities of a foreign country are suspected of, or implicated in, involvement in terror attacks on US territory.

It would allow families of victims of the 9/11 attacks to sue the Saudi royal family for compensation,, with lawyers for the victims seeking to prove in court that the Saudi government and/or officials were directly involved.
While the Senators did not mention the 28 redacted pages of the 9/11 report, that case is clearly linked to JASTA. Some senators who have seen the secret passage of the report confirm that it concerns Saudi Arabia. Cornyn told a news conference that the pages should be made public ‘and that may well be instructive’.

If members of the Saudi royal family and/or top officials are to be interrogated (either directly or indirectly) in American courts, this would herald the end of the ‘special relationship’ between the two countries and might lead them into direct confrontation, politically, judicially, diplomatically and financially.

This result was written on the wall as far as we are concerned. The process reached its peak President Barack Obama gave a long interview to the Atlantic magazine earlier this year in which he directly criticized the Saudi regime for exporting extremism (Wahabbism) and expecting the West to fight its regional wars for it.

And it wasn’t a coincidence that the US Treasury decided to issue a breakdown of Saudi Arabia’s holdings in US bonds just hours before the Senate vote on JASTA. The amount held by Riyadh was $116.8 billion, according to the Treasury; the New York Times later claimed that Saudi ownership of bonds and other American assets together amounted to $750 billion.

The Saudis have said they would sell these assets if JASTA becomes law. The Saudi foreign minister, Adel al-Jubeir said that JASTA would undermine global investor confidence in the US markets.

While $750 billion is a large amount of money it is only 1% of America’s national assets leading Forbes magazine to suggest it would not be that painful if the Saudis do sell up and move on.

However, if the law is passed, it might enable US courts to freeze these assets while legal investigations and court hearings are in progress. That could take years.

Another point is that is the Saudis wanted to liquidize these assets with a view to moving them out of dollars they might face the additional problem that all dollar transactions fall under US law.

Obama says he will use his Presidential veto to prevent JASTA becoming law. But in 2012, a law almost identical to JASTA was passed only this one removed immunity from Iran. Obama not only signed that one but lobbied for it to be passed.

In fact, the law will spend so long in the decision-making process that Obama’s veto is unlikely to be exercised… what will matter more is which of the candidates for his job prevail: Trump or Clinton. Trigger-happy Trump would probably be very happy to endorse such a statute.

The mysterious 28 redacted pages in the 9/11 report are key to the whole outcome of the process. There are rumours that they will be released over the coming months.

Meanwhile, one Zacharias Moussaoui, who accused of participating in the preparation of the September attacks, is currently in jail in Colorado. He has stepped up his accusations against Princes of the Saudi royal family whom he claims were involved in supporting Al-Qaeda, namely Prince (King) Salman bin Abdulaziz, Turki Al-Faisal, Bandar bin Sultan, and Alwaleed Bin Talal. These accusations from behind bars might appear to be those of a deranged person.

Perhaps there is an element of blackmail in US threats to freeze Saudi dollar assets. The Saudi economy is already in trouble and such losses could edge it nearer the precipice of bankruptcy and even threaten its future stability and the tenure of the royal family.
The Saudi-US relationship was always based on US protection and co-operation in exchange for oil. The US no longer needs that oil. It has its own shale reserves and, now that it has signed the nuclear agreement with Tehran, has billions of extra Iranian barrels at its disposal.

The other error the Saudis made here was listening to ‘advisers’ and resorting to rapprochement with the Israeli State to thwart this shift in American attitudes, and to encourage the Israeli lobby to prevent JASTA going through. The problem here is that the Senate is more independent than the administration and is not as open to influence from the nation’s three most powerful lobbies (the gun lobby, the oil lobby and the Israeli lobby).

This US blackmail comes at a particularly painful time for the Saudis, who are embroiled in two wars in Yemen and Syria, overt hostilities with Iran, and with a quarter of the Islamic world which belongs to the Shiite sect.

Saudi Arabia is also becoming increasingly unpopular among Sunni Arabs and Islamic peoples who do not favour many aspects of their policies and see the Kingdom as having deviated from its previous approach which positioned Riyadh as the very model of solidarity in the Arab and Muslim worlds, the provider of good solutions to problems and conflicts.

A confrontation between the ruling family in Saudi Arabia and America is brewing, and there is really no way out for Riyadh. Even if they decided to go along with the outcomes of JASTA they should remember what happened to Libyan leader, Muammar Gaddafi, who thought his agreement to pay $3 billion dollars to the families of the victims of Lockerbie would buy his safety and survival of his regime. Only a few years later he found himself being yanked from his hiding place by his countrymen and murdered after a Nato intervention against him.

The best way forward for Saudi Arabia would be to cease its war against the Houthis in Yemen and begin a dialogue with Iran, moving towards the regional stability that the US and its ally Israel have worked so hard to undermine.