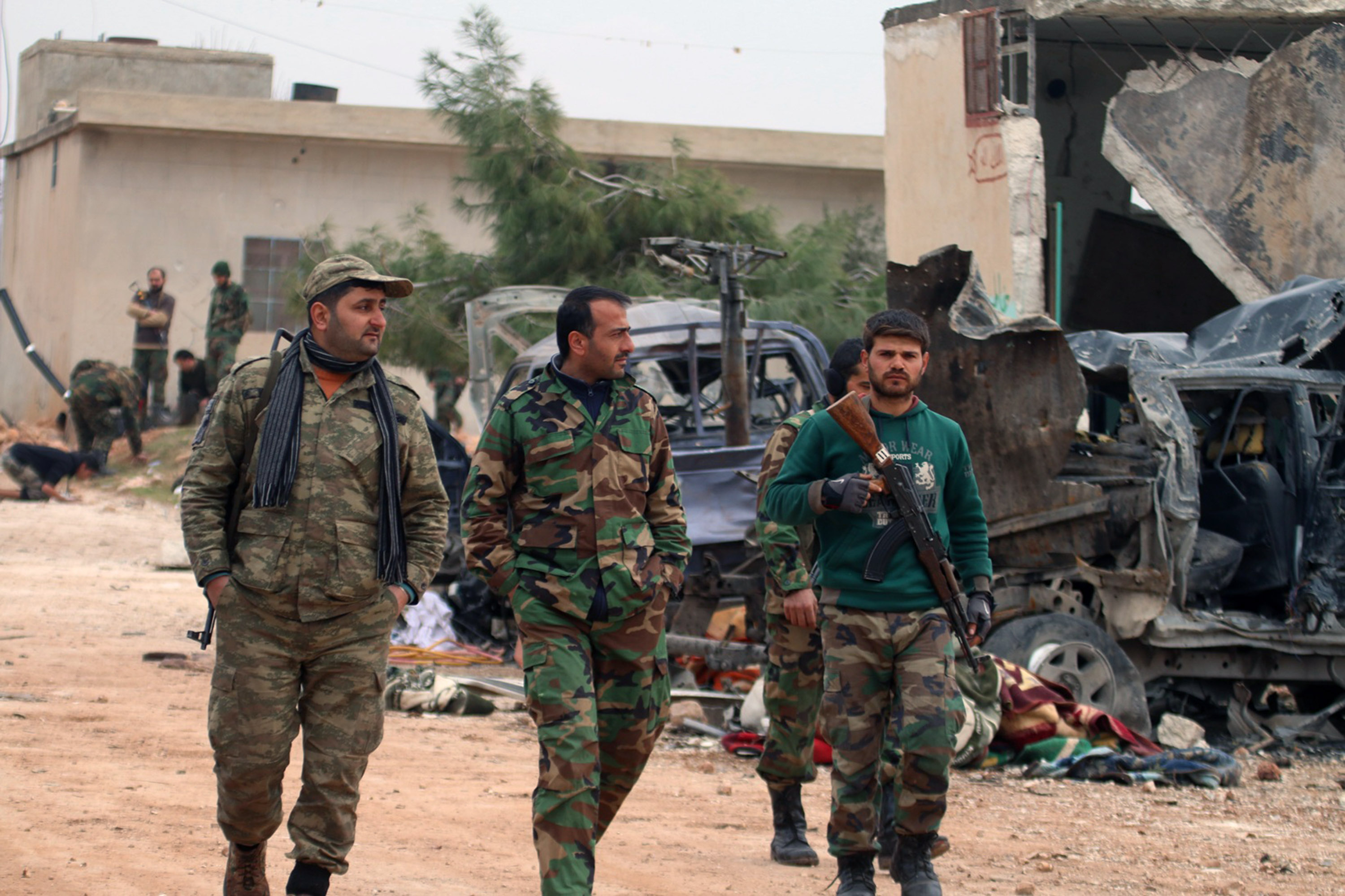 The Syrian Observatory for Human Rights (SOHR) announced that the Syrian army and its allies have seized full control over the Southern parts of Eastern Ghouta in Damascus province after several months of clashes with the terrorist groups.

It added that the Syrian forces and its allies used over two months of infighting among the militant groups of Jeish al-Salam, Faylaq al-Rahman and Jeish al-Fostat, which has left over 500 terrorists dead, to win back full control of the Southern parts of Eastern Ghouta.

The SOHR said on Wednesday that clashes among the terrorist groups in Eastern Ghouta in the past few days have killed over 50 militants.

“50 militants were killed during infighting among the terrorist groups in Eastern Ghouta near Damascus,” the SOHR announced in a statement.

The SOHR had also said on Sunday that clashes among the terrorist groups in Eastern Ghouta in the past 20 days had brought the total number of militant casualties to over 300.

SOHR President Rami Abdulrahman announced that a sum of 300 militants have been killed in Eastern Ghouta in Damascus province since April 28.

“Most of the dead militants are members of Jeish al-Islam and al-Nusra Front and tens of them belong to Faylaq al-Rahman group,” he added.

According to the SOHR, tens of civilians, including children and a female doctor, were also among the casualties of the terrorist groups’ infighting.

Military sources said earlier this month that infighting had intensified among the terrorist groups across the country, mainly in Aleppo, Damascus and Idlib provinces, claiming the lives of hundreds of the militants in a matter of weeks.

“Scores of the terrorists have been killed or wounded in fierce clashed between Jeish al-Islam and Jeish al-Fostat in Eastern Ghouta in Damascus province in recent days,” the sources said.

“The farms of Douma in the Eastern part of Damascus province have also been the scenes of heavy fighting among the terrorist rivals, which have claimed the lives of many militants,” they added.

“Abu Nasr, the commander of Faylaq al-Sham in Hama, was killed by the rival groups and his body and the body of one of his comrades were found in farms near the village of Juzef in Idlib province,” they went on to say.

“A vast wave of bomb attacks against the positions of Ahrar al-Sham in Idlib, caused the terrorist group to intensify security measures across the province to the border with Turkey,” the sources said.

“Ahrar al-Sham also launched an operation across Idlib to capture opposing groups’ members, including those from the ISIL,” they added.

“Suicide attacks killed at least 15 members of Ahrar al-Sham, including four field commanders, in the town of Banish during the last week while almost 30 more were wounded,” the sources went on to say.

Saud al-Asaf, the commander of Ansar al-Haq affiliated to Ahrar al-Sham and three of his comrades were killed in a bomb explosion in the small town of Ma’asaran near Maraat al-Nu’aman,” the sources said.

“The ISIL and its terrorist rivals also engaged in fierce clashes in the Northern part of Aleppo province near Marea, which left scores of the terrorists dead from both sides,” They added.

“The ISIL positions in al-Sham desert near Qalamoun in the Northeastern part of Damascus province and near al Zabat mountain and Ba’ar al-Qasab were pounded by the terrorists’ mortars,” the sources said.

The military sources further added that the recent ceasefires in Aleppo and Lattakia can give the terrorist groups to decrease their differences and gather in a united front against the ISIL, which will give the western countries and meddlers the opportunity to lead this front and increase their role in the region, specially in the crisis-hit Syria.