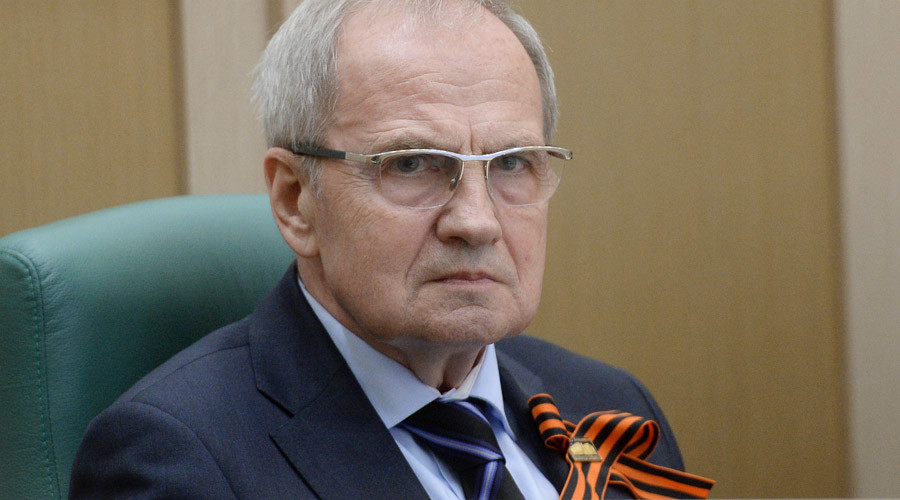 The chairman of the Russian Constitutional Court has said that Barack Obama’s statements about American exceptionalism were very similar to propaganda used by Nazi Germany and equally dangerous to world peace.

“The idea of specialness, exceptionality and unique rights of the American state and American people has been used in US internal political rhetoric for quite a while, but in the recent years it is being actively and persistently offered in US foreign policy documents and public speeches on international politics delivered by US officials,” Judge Valery Zorkin said at the St Petersburg international legal forum on Thursday.

“Any unbiased and educated person would see that this statement by Obama is an almost exact copy of leading politicians and propaganda specialists of the Third Reich, including Adolph Hitler… In essence, Obama is using the exact same thing that Nazi bosses said about the German exceptionalism when they started the world war,” he added.

The judge also said that in his view the exceptionalism concept had direct influence on the modern US concepts of military planning and these concepts see the main objective of all activities as reaching such degree of military might that the United States remains out of reach of other nations, on land, sea, in air and in space.

According to Zorkin, the same applies to the US doctrines on development of mass media and electronic communications – the US authorities see their goal as establishing absolute global domination of their country in the global information space. This idea also constantly appears in Obama’s public speeches.

“Obama says that Americans and the USA are an exceptional people and an exceptional state and thus they can pretend for much more than any other people or state. In other words, he follows the plot of James Orwell’s ‘Animal Farm’ dystopia and, while formally not rejecting the principle of equality of sovereign states and peoples, fixed by the UN Charter, he still declares that Americans and America are ‘more equal’ than any other country and the rest of the planet’s population,” RIA Novosti quoted the judge as saying.

Zorkin also told his colleague at the forum that he considered such approach to be a blatant violation of international legal norms.

Russian politicians and officials have repeatedly addressed the topic of American exceptionalism when talking on bilateral relations with the US and of international politics in general. In particular, in mid-2015 President Vladimir Putin said in his speech before the UN General Assembly that attempts to influence internal politics of sovereign nations should not be tolerated regardless of where they are taking place and who are making such attempts.

“It seems that some nations are not learning from others’ mistakes, but keep repeating them. The export of so-called ‘democratic’ revolutions continues.” Putin said.

“I cannot help asking those who have caused this situation, ‘Do you realize now what you have done?’” he said. “But I am afraid the question will hang in the air, because policies based on self-confidence and belief in one’s exceptionality and impunity have never been abandoned.”