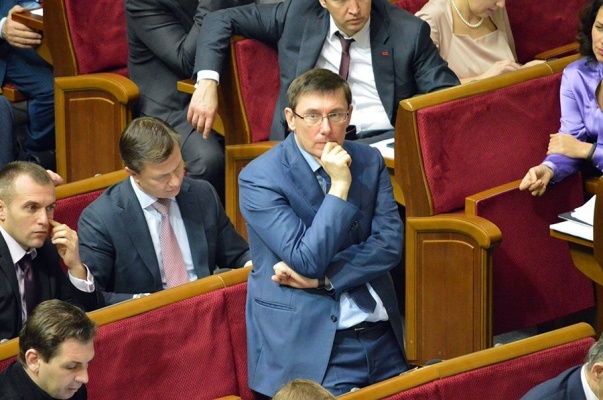 On May 12, Ukraine’s Supreme Rada approved the appointment of former interior minister, the leader of the parliamentary group of the Petro Poroshenko Bloc Yuri Lutsenko as Prosecutor General. 264 MPs voted for it.

The coalition’s votes would not be enough. So, among the supporters were independent MPs and members of Revival, People’s Will and Opposition Bloc. The voting was preceded by mutual charges and yells. Ukraine’s President Petro Poroshenko even cancelled his visit to the UK to be present during the voting.

Earlier the Supreme Rada approved amendments allowing a person with no legal education to be Prosecutor General. The amendments were suggested by the Petro Poroshenko Bloc and the People’s Front and were ratified by the president once they were approved.

The amendments also allow the Prosecutor General to appoint his deputies and regional prosecutors.

In his Facebook comment MP from the Petro Poroshenko Bloc Mustafa Nayyem says: “Could we imagine some two years ago that in a country where people went to Maidan against corruption, the authorities would appoint a prosecutor general by pressuring their colleagues, by offering preferences to oligarchs’ men and by ignoring the views and expectations of their people?”

Nayyem is disappointed and believes that this system must be pulled down.

On Aug 17 2012, he was found guilty of negligence under the Viktor Yushchenko case.

In Apr 2013, Lutsenko was amnestied by Petro Poroshenko.