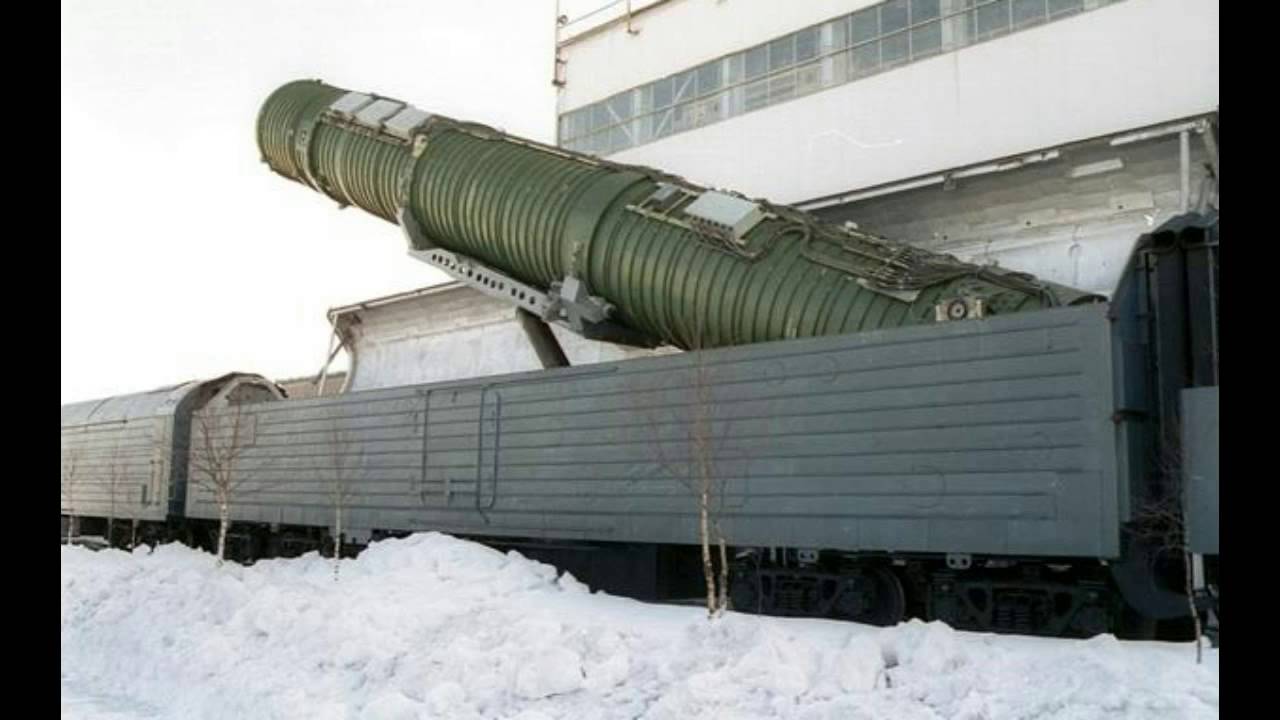 Russian military trains are to be equipped with new light intercontinental ballistic missiles (ICBMs), which are more difficult to detect from space.

Russia is reviving the production of military trains with missiles, or, as the military call them, combat rail-based missile systems.

The new Barguzin rail-based missile system will be employed by the Russian armed forces no earlier than 2020 and will be equipped with six missiles, Colonel General Sergei Karakayev, the commander of Russia’s Strategic Missile Forces, has said.

The decision of the Russian leadership to revive the production of rail-based missile systems may be interpreted as yet another response to the deployment of the U.S. missile defense system in Europe, which is able to launch Tomahawk long-range cruise missiles, in addition to interceptor missiles. Moscow considers the system a threat to its security.

Three divisions of combat rail-based missile systems (four regiments in each and 12 trains carrying three Molodets strategic missiles) were already in service in the Soviet/Russian Strategic Missile Forces from 1984 to 2007.

The new rail-based missile systems will be equipped with the MS-26 Rubezh multiple-warhead missile, which is lighter, but no less efficient than the Molodets.

The Rubezh was created by the Moscow Institute of Thermal Technology, which has designed all the country’s domestic solid-fuel strategic missiles, such as the Topol-M, Bulava and Yars.

But in the early 1990s, under the agreement between Soviet leader Mikhail Gorbachev and British Prime Minister Margaret Thatcher, the missile trains were immobilized and did not leave their deployment regions. In 2007, they were completely taken out of service.

Why were they discontinued?

The solid-fuel rocket missile Molodets produced, which was produced by the Pavlograd Mechanical Plant, located in Ukraine (then part of the USSR), did not have a very long service life (its warranty coverage from the plant quickly expired).

After the collapse of the Soviet Union and the signing of the START I treaty by Ukraine in 1992, Kiev was not allowed to produce strategic missiles. There were no other train-based missiles to replace them with.

In addition, missile trains were very heavy (just one missile weighed more than 110 tons) requiring three locomotives to pull them. Additionally, maintenance crews had to be called out to strengthen the railway embankments each time the trains were used – a constant irritant to the management of the Ministry of Railways.

At the same time, although combat rail missile systems were indistinguishable from conventional refrigerated trains from the ground, from space they were still identifiable. No other freight train had three diesel or electric locomotives.

Since the new Rubezh missile, which will be used on the Barguzin, is much lighter than the Molodets, one missile will be placed in one rail car. And the train, of course, will be lighter. Consequently, it will have no tell-tale signatures such as three locomotives. The load on the railway network will be lower, too. And when you consider that the sheer size of the rail network in Russia, it will be extremely difficult to locate it on its route.

Incidentally, the United States was the first to create the first rail-mobile missile system in the early 1960s. But Washington gave up on the idea due to the fact that the rail network in the United States was not as extensive as in Russia, and, moreover, the cost of a missile train was much higher than that of silo basing for Minuteman missiles.

The creation of the Barguzin rail-based missile systems does not conflict with Russia’s obligations under the New START treaty. The agreement requires each party to have no more than 700 deployed carriers and another 100 in storage facilities.

As of April 1, 2016, according to official data of the U.S. Department of State, the Russian arsenal amounted to 521 strategic missiles. So Moscow’s ability to compensate for decommissioned missiles is high enough. In addition, New START expires in 2018 and it is unknown whether it will be extended.

Source: by Viktor Litovkin for rbth.com