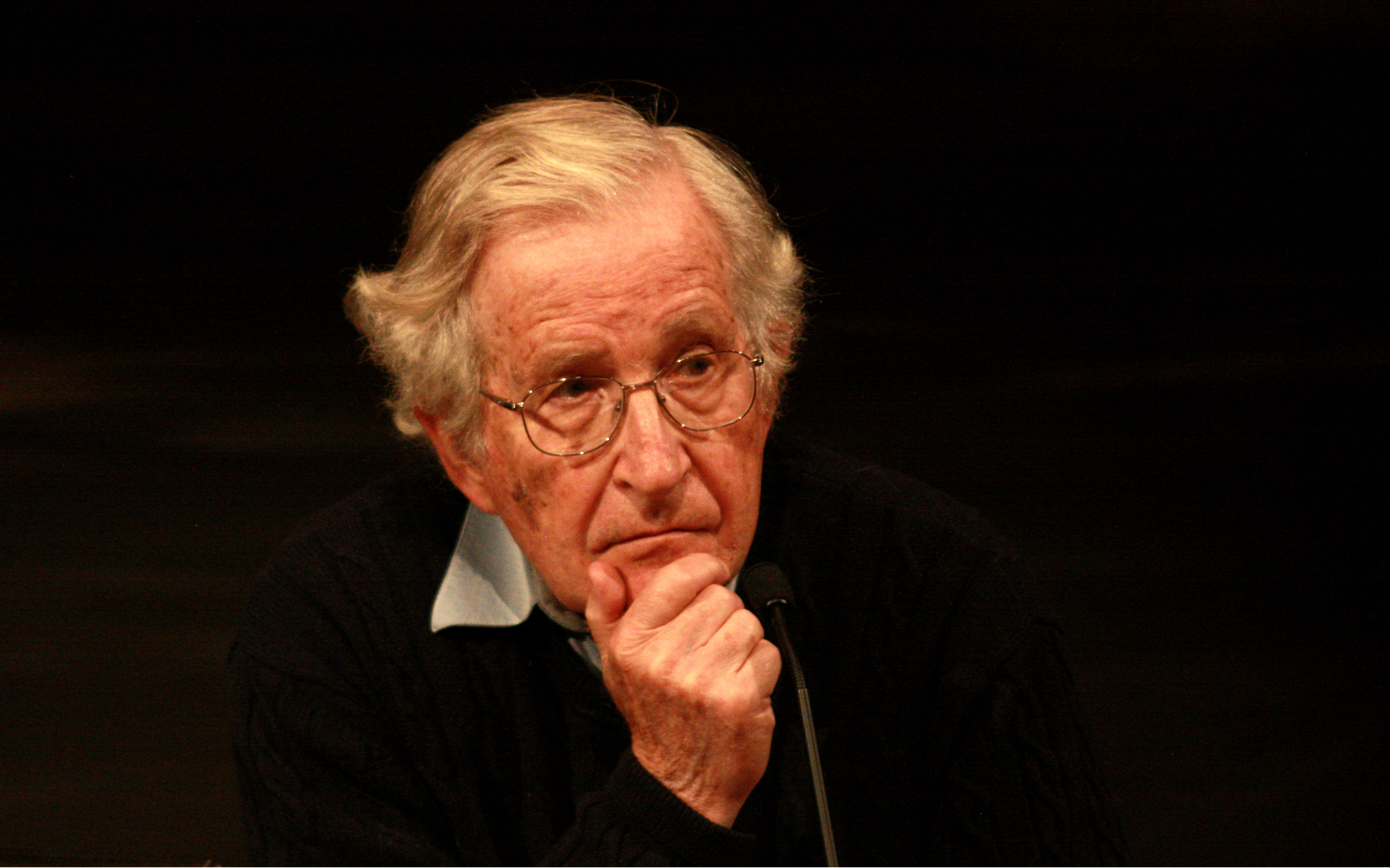 Noam Chomsky: Europe Shows ‘Real Cowardice’ In The Face Of US Imperial Power

The renowned linguist, philosopher and scholar declared Europe’s unwillingness to aid Edward Snowden ‘a revelation of real cowardice in the face of a power that the European elites are unwilling to confront.’

The author of over 100 books on topics ranging from linguistics to anarchy, spoke with Zain Raza, senior editor of independent media outlet acTVism Munich, for an interview published on Monday.

Chomsky said that the United States has acted since the 1950s to keep Europe from becoming a world power on par with the U.S. or the former Soviet Union.

“Those concerns still exist and are in some ways even greater,” he explained. “Europe does have the capacity under German initiative to move in an independent direction.”

The U.S. maintains a military presence throughout Europe, including Ramstein Air Base in southwest Germany, where over 50,000 U.S. troops are stationed.

In the wake of the Iran nuclear deal, European corporations are eagerly moving into the Iranian market, much to the dismay of some politicians in the U.S. Antiwar.com reported last week that BP, the fossil fuels giant with headquarters in London, would open an office in Tehran.

While a united Europe could wield a stronger global influence, its leaders seem unwilling to confront the American agenda. For example, European leaders still refuse to grant asylum to Edward Snowden, the whistleblower who revealed widespread U.S. government surveillance of people around the world, including U.S. and European citizens.

Unable to reach the South American countries which were open to granting him asylum, Snowden took refuge in Russia. In 2013, the U.S., aided by European powers, even diverted the plane of Bolivian President Evo Morales under the mistaken belief that Snowden was on board, causing an international diplomatic incident.

This incident was “a revelation of real cowardice in the face of a power that the European elites are unwilling to confront,” Chomsky said.

Although Snowden’s revelations prompted an investigation into NSA spying on German citizens, including the phone of Chancellor Angela Merkel, the German government dropped the investigation last year.

“Germany and France, and other European countries, their governments, have made a decision to subordinate themselves to U.S. power,” Chomsky argued.

Yet the ongoing mistreatment of whistleblowers like Snowden hasn’t gone unnoticed; Reporters Without Borders ranked the U.S. at 41 in its annual World Press Freedom Index, which measures “the level of freedom of information in 180 countries.”

Chomsky suggested Snowden should be able to return to the U.S. as a hero, rather than a criminal facing charges of violating the Espionage Act, among others. Chomsky concluded:

“Snowden, it’s important to recall, performed an enormous service, a patriotic service in fact, to the people of the United States and the world. He revealed to the population what your government is doing to you. That’s just what he should have done. That’s the responsibility of a decent citizen. The idea that he should be punished for this is really grotesque, and that Europe participates in this is even worse.”