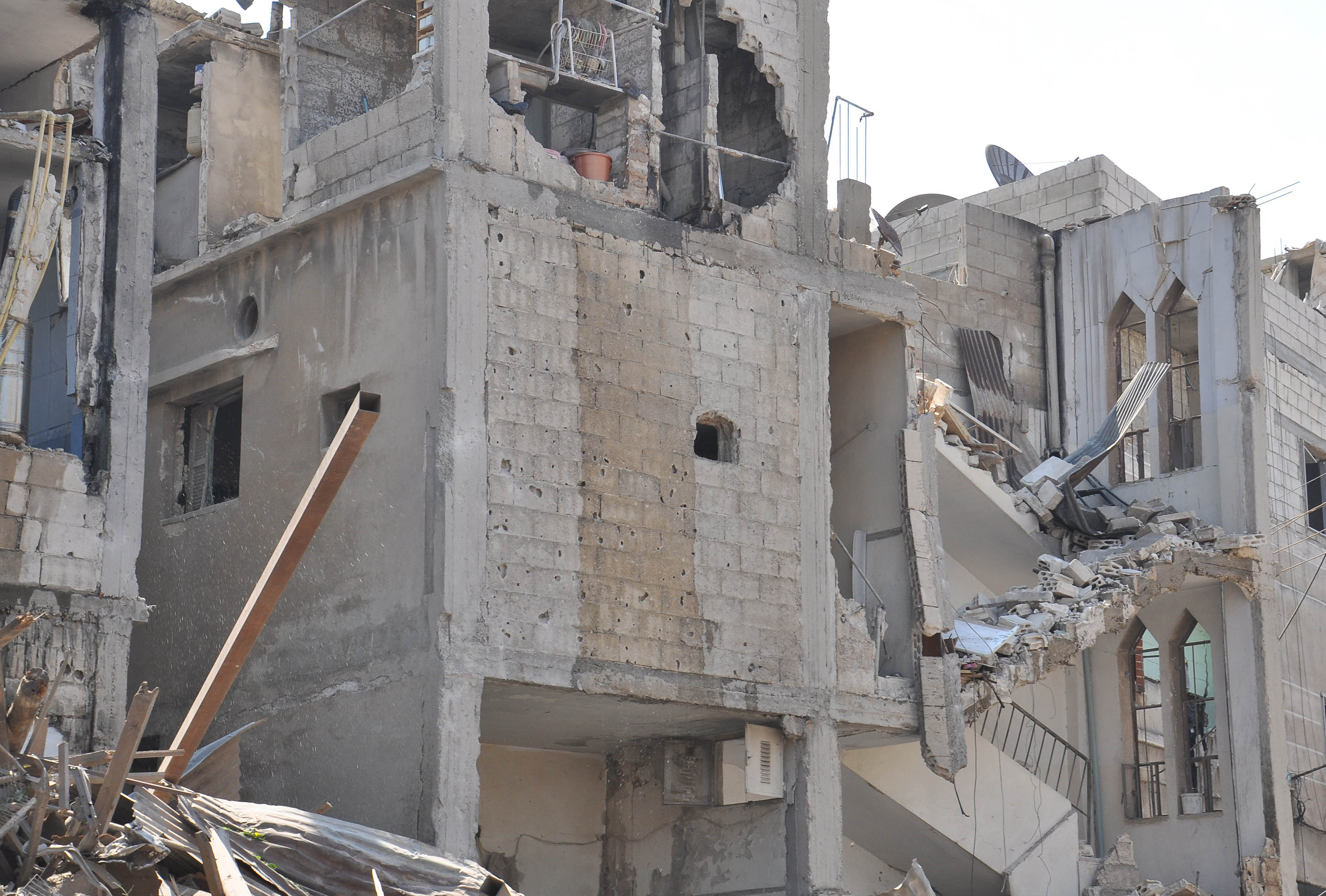 Terrorists fired a rocket shell at al-Dhbeit Hospital for obstetrics in al-Muhafaza neighborhood, which resulted in injuring three civilians and material damage to the hospital.

Terrorist organizations also fired rocket shells at the town of Ifrin in the northwestern countryside of Aleppo province.