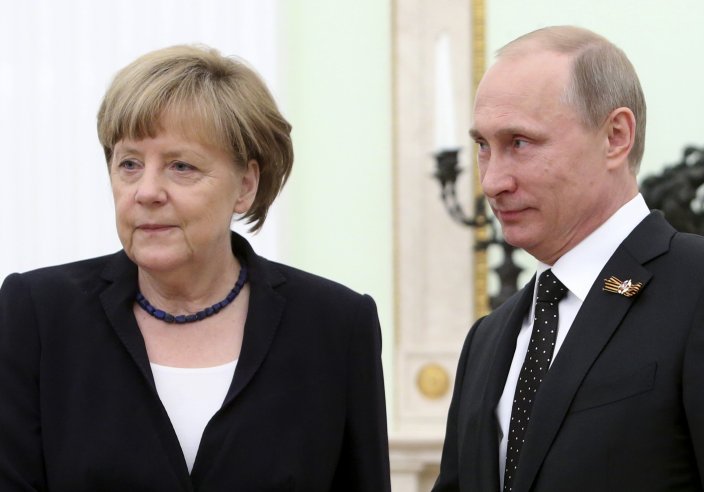 Among the multiple crises currently taking place on the European continent, another serious threat has been unfolding. Russia is actively seeking to harm and destabilize Germany. Taken together, Russian actions against Germany represent another example of hybrid warfare targeting the legitimacy of a European government. This is all the more dangerous because Russia has targeted its campaign against Germany: a key leader of the EU and a government currently struggling to keep Europe united in the face of numerous security threats, both internal and external.

Throughout the Ukraine crisis, Russia has increased its espionage activity in Germany and other European states. According to the Federal Office for the Protection of the Constitution (BfV), Germany’s domestic security agency, Russia has been subversively employing two tactics formerly used by the Soviet KGB: destabilization and misinformation. Jānis Sārts, director ofNATO’s Strategic Communications Center of Excellence, has stated that Russia is deliberately utilizing these tactics to stir up discontent in Germany with the ultimate goal of toppling Chancellor Angela Merkel.

Russia’s attempts to destabilize Germany include efforts to incite unrest where none may have previously existed, but particularly by exploiting pre-existing discontent. For example, in February of this year, German domestic and foreignintelligence chiefs warned that Russia would exploit the “high mobilization potential” of Germany’s Russian population, knowing that Russia could influence them to engage in disruptive public demonstrations. To illustrate, just a month before, a group called the “International Congress of the Russo-Germans” demonstrated against the Merkel government. The mysterious, unexpected appearance of a previously unheard of political organization is similar to Russian-backed activities in eastern Ukraine in 2014. These were deliberate efforts to manipulate public opinion in Ukraine in order to feed into the Russian narrative that the Ukrainian government was failing to protect and uphold the interests of its citizens. Russia’s role instigating similar activities in Germany is extremely alarming.

Russia is also exploiting the refugee crisis to try to deepen dissatisfaction and divisions within German society. Russian propaganda has been depicting the West as becoming unstable and less safe due to this influx of migrants, painting a picture in which citizens’ security can no longer be guaranteed by European national governments.

For Russia, this is not only a matter of twisting the truth. It also involves the blatant fabrication of so-called “evidence.” This was recently demonstrated in the so called “Lisa Affair” when Moscow accused Berlin of covering up a case in which a young Russian-speaking German girl went missing and was supposedly raped by refugees. Though German police asserted that the girl was not raped and that refugees were not involved in the girl’s disappearance, the fake story provoked outcry in Russia and with Russian speakers in Germany. Even a senior Russian official became involved in this misinformation campaign. Russian Foreign Minister Sergei Lavrov referred to her as “our girl”, a disturbing statement given that in January he declared that “protecting Russian citizens in Germany is a matter of concern for Russian foreign policy.”

There is also a cyber component in Russia’s hybrid warfare against Germany. German authorities attributed a major cyberattack on the German Bundestag in April 2015 to a “Russian military intelligence agency.” Russian hackers gained access to 14 major servers, which included access to data belonging to the German federal parliament. This was just one in a series of attacks in recent years against German targets, such as defense companies. Russian cyberattacks on the German government and German companies are yet another example of Russia’s efforts to harm Germany.

Even in the face of these subversive actions, Germany has made it a matter of policy to minimize Russia’s negative approach to the West. For example, at the 2016 Munich Security Conference, Russian Prime Minister Dmitry Medvedevmade the disturbing declaration that the world is “rapidly rolling into a period of a new Cold War.” German foreign minister Frank-Walter Steinmeier refused to acknowledge Moscow’s belief that we are once again in a Cold War, and took upon himself to clarify the Russian position in order to downplay Medvedev’s adversarial language: “What Medvedev meant to say is that we need to avoid a new Cold War.” Despite such belligerent statements by Moscow, Germany continues to work very hard to avoid provoking Putin while also encouraging other Western countries to compromise with Russia.

Current German policy continues to seek compromises that cater to Russian interests despite Moscow’s blatantly harmful behavior. This year, the NATO-Russia Council convened for the first time since April 2014. NATO had suspended the meetings two years ago as a consequence of Russia’s annexation of Crimea. However, despite Russia’s continued aggression in Ukraine, the NATO-Russia Council was held again last month because it was a priority for Germany. Steinmeier also recently declared his support to bring Russia back to the G8 grouping of states. Such policies not only cater to Russian interests, but also drastically weaken the overall European response to the Ukraine crisis.

Although the German government is aware of subversive Russian actions in its country, it continues to pursue policies in Russia’s favor. Germany’s policies of avoiding criticism and catering to Moscow are inconsistent with German national interests. Russia is actively seeking to harm Germany, destabilize the country, and weaken Chancellor Merkel. By downplaying Russia’s deliberately harmful actions, by apologizing for belligerent Russian rhetoric, and by emphasizing compromises despite Russia’s continued aggression in Ukraine, Germany is ignoring a major threat to its own security.

As the de-facto leader of Europe, Germany has a responsibility to respond appropriately to Russia’s harmful actions. By not clearly recognizing the threat for what it is, Germany is also sending exactly the wrong message not only to Russia, but to the rest of Europe and its allies. An example to follow can be seen in Sweden, which has for the last two years named Russian spies as their biggest intelligence threat. Germany should follow suit and recognize Russian actions as a threat to the security of the country.

Russia’s poisonous campaign requires a direct and visible response from Germany’s top leadership. For example, Chancellor Merkel should address the German public and explain the threat that Russian activities represent to the security and stability of Germany. This would inform the German public of the threat against them and send a clear message that Berlin is willing to take a harder line as a consequence to Moscow’s harmful actions against Germany.

Germany should also take action to swiftly identify and counter Russian information manipulation activities in the country. The good news is that German officials are increasingly reacting to the threat. Germany has alreadyestablished a unit to counter Russian disinformation, and is currently planning to strengthen measures against Russian propaganda campaigns. Another good idea is for Germany to create a strategic communication (STRATCOM) unit that would allow the German government to quickly detect, follow, and appropriately respond to such incidents. Adopting these measures will strengthen Germany’s ability to fight against Russian misinformation and enhance Germany’s security.

As Jānis Sārts recently noted: “The best misinformation tool is when your opponent doesn’t notice. . . there are a number of countries who have not yet noticed, or have chosen not to notice.” It is time for Germany to notice, speak out, and take action to counter the Russian threat.

This article first appeared on the Atlantic Council site.