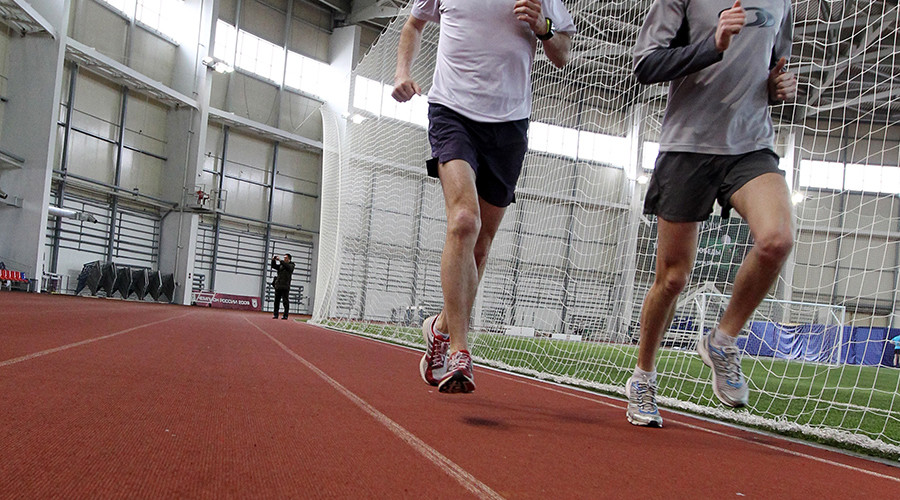 Russian senator calls for criminal prosecution for doping in sports

A senator representing Russia’s second largest city, St. Petersburg, has proposed amending the criminal code to include articles on criminal responsibility for doping in sports and for those dealing in banned substances designed to enhance athletes’ performance.

Vadim Tyulpanov has prepared a draft law according to which officials responsible for monitoring anti-doping rules in sports could face fines of up to 200,000 rubles (about US$3,000 at current rates), up to one year of correction labor or up to one year of limited personal freedom for violating the rules on the sale or transportation of any drugs that contain substances banned for use in sports.

Coaches, medics or other specialists who professionally work with athletes could face even harsher punishment for coercing them into using banned substances – the new draft orders that such behavior should be punished with fines up to 500,000 rubles, or by the amount of the convict’s income for up to three years, as well as up to five years behind bars.

In comments with Izvestia daily, Tyulpanov said that his initiative was connected with the string of scandals resulting from the revelations of doping use by top Russian athletes. In many such cases, coaches and medics have pressed the athletes they were working with into using banned substances.

He added that passing the new anti-doping motion could preserve the athletes’ health, observe the moral norms accepted in sports and boost the prestige of Russian athletes on the international arena.

In recent months Russia has been hit with two major scandals concerning the use of doping. The first started in March after many athletes tested positive for meldonium – a drug that had been legal before January 1 this year, when it was banned by the international anti-doping authority WADA. President Vladimir Putin held Russia’s Ministry of Sport liable for the situation and sharply criticized it for failing to react in a timely manner to the introduction of the ban.

Putin also called on government ministers to cooperate more actively with WADA and the International Olympic Committee (IOC) in order to avoid such incidents in the future. He demanded the toughening of the punishment for violation of anti-doping rules, stressing at the same time that most Russian athletes have nothing to do with doping and should not suffer from such scandals.

The second scandal developed earlier this month as the former head of Russia’s anti-doping laboratory, Grigory Rodchenkov, told US reporters that he had personally developed and executed a program that allowed Russian team members to use banned substances during the 2014 Winter Olympics in Sochi. The names mentioned by the ex-official included bobsledder Alexander Zubkov, cross-country skier Alexander Legkov and skeleton champion Alexander Tretyakov.

However, unlike the meldonium story, Rodchenkov’s claims were met with protest from Russian athletes, coaches and sports officials. Deputy Sports Minister Yury Nagornykh said the ex-official might hold a grudge against the Russian anti-doping system, and that he might be dissatisfied with his current position or have unrealized creative ambitions. Referring to April Fools, Nagornykh said it may also be the season of the year which affects people, TASS quoted him as saying.

The deputy minister also told reporters that the government was considering a lawsuit against the newspaper that ran the original interview – the New York Times.
Many Russian athletes said in comments that the allegations made by Rodchenkov were simply ridiculous. The athletes also told reporters that they considered the accusations a purely political tool aimed at weakening Russian positions on the international arena.