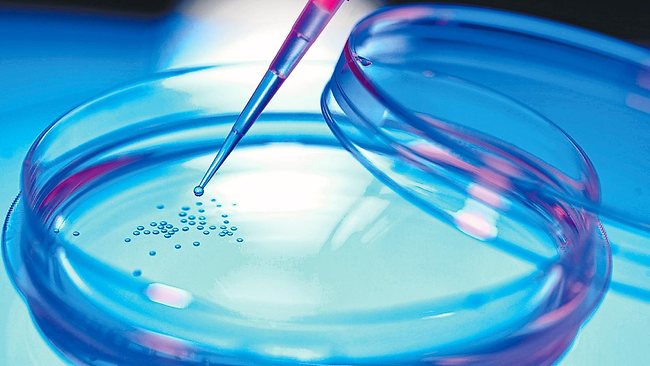 For decades, scientists and quacks alike have been touting the promise of stem cells-nascent cells that can be manipulated to grow into many different types of tissue, potentially to treat disease. Now a group of stem cell researchers wants to tone it down.

New guidelines from the International Society for Stem Cell Research, which represents 4,100 researchers, urge their colleagues to be more careful when talking about science that currently has few proven medical benefits.

“The stem cell research community should promote accurate, balanced, and responsive public representations of stem cell research,” say the guidelines, which the society published today. They caution that when scientists talk about how their discoveries might one day help patients, they “must be accurate, circumspect and restrained.”

That may not sound radical, but it’s a rare public rebuke from within the research community itself. Press releases, popular media, and even some journal articles routinely inflate expectations for future therapies based on early findings that probably will never turn into cures.

“This is a problem throughout medical research and reporting on medical research,” said Steven Woloshin, a professor at the Dartmouth Institute for Health Policy &amp; Clinical Practice who studies science communications.

The publication of the guidelines follows news reports that high-profile sports stars, including Peyton Manning, Rafael Nadal, and Cristiano Ronaldo, have tried unproven stem cell treatments abroad. Some reports said the treatments had benefits that haven’t yet been demonstrated in rigorous trials. Despite the dearth of proven therapies, stem cell centers are popping up around the U.S. offering cosmetic and orthopedic treatments, exploiting loopholes that let providers make unsubstantiated claims and charge exorbitant prices based on hope alone.

“Increasingly it’s portrayed as though these treatments are ready for the clinic,” said Tim Caulfield, research director of the Health Law Institute at the University of Alberta, who helped write the guidelines.

In reality, the list of stem cell treatments approved in the U.S. “is pretty darn small,” he said. It includes bone marrow transplants for some cancers and some procedures to repair burn damage to skin or injuries to the eye. An article last year in The New England Journal of Medicine called the stem cell centers “medicine’s wild west” and noted that their treatments “are not approved by the Food and Drug Administration, supported by clinical studies, or covered by insurers.”

When hockey legend Gordie Howe went to Mexico for stem cell therapy after a stroke in 2014, the popular press widely assumed the treatments were effective, according to an analysis of the coverage co-authored by Caulfield. Howe’s family was quoted in news accounts calling the results “miraculous.”

The company that approached Howe’s family about treatment, Stemedica Cell Technologies, just announced plans for a small U.S. trial of its technology in patients with traumatic brain injury. “We always tempered what we said to folks with just the facts,” said Dave McGuigan, Stemedica’s vice president for marketing and business development.

Caulfield has warned of the dangers of the hype pipeline. Between the time scientists conduct an experiment and the time the public hears about it, everyone along the chain can be tempted to exaggerate the importance of what happened. Splashy findings help researchers advance their careers. Universities and journals alike benefit from the prestige, and dramatic results attract clicks for news media outlets. The hype can also mean millions of dollars from investors for companies trying to turn early research into medicines.

“Lots of people have an incentive to be associated with anything that seems new or big or important,” Woloshin said.

Yet not actively pursuing the treatments, with a rigorous scientific approach, can also be harmful, said Tim Henry, director of cardiology at Cedars-Sinai Heart Institute in Los Angeles and a leader of its regenerative medicine clinic. Large studies can cost more than $100 million, and several recent efforts, including one by Baxter International Inc., were terminated early because of cost.

The initial results seemed to indicate the approach was working, Henry said. He has seen positive results treating chest pain and heart failure. Ultimately, stem cells would be injected into the body in the hope that they might replace damaged tissue or, say, grow new blood vessels for the heart’s health.

Henry urges “putting people into clinical trials, rather than have them paying $20,000 to $30,000 to go to unauthorized centers.”

Stem cells in particular have attracted a lot of attention, beginning in the late 1990s, because of the contentious debate over the use of cells taken from human embryos. Today, much of the research uses cells derived from adult tissues. But the early controversy polarized discussion of stem cell science, Caulfield said.

“You have more excited claims about the benefits being offered by the scientific community, perhaps by the funding entities, in order to counterbalance the concerns and the ethical issues being raised,” he said.

In an article in the journal Science timed to accompany the new guidelines, Caulfield acknowledged the challenge of moderating the public’s expectations. “Because the forces that twist how science is communicated are complex, systemic, and interrelated, correcting for science hype will not be easy,” he wrote.

Henry said it’s worth the effort. “When you hype it too much, then patients are unrealistic,” he said. “You need to look at cell therapy just like any other procedure: What are the risks, what are the benefits?”