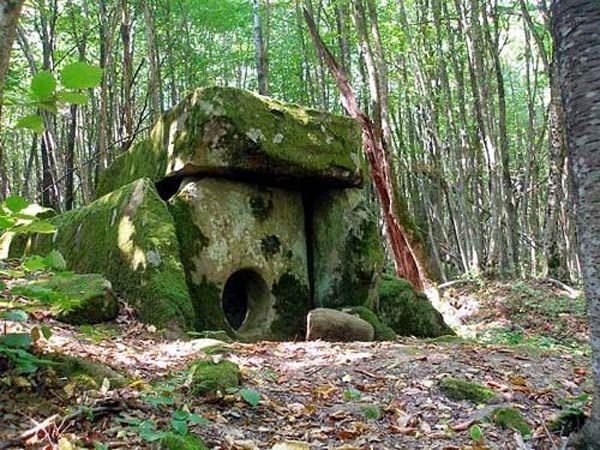 In Russia, in the Caucasus Mountains, near the towns of Tzelentzchik, Tuapse, Novorossiysk and Sochi, there are hundreds of megalithic monuments. The Russians call “dolmens”. Several Russian and foreign archaeologists have not yet discovered their function. All these dolmens that you see below in the photos are dated between -10.000 -25.000 years until, according to the website Kykeon. Other archaeologists have assumed that the age of these buildings exceed 6,000 years cheerfully.

Thousands of megalithic prehistoric monuments are known worldwide. Some of the slightly lesser known monuments are concentrated in the Caucasus. These dolmens cover both flanks of a mountain in the western Caucasus, an area of about 12,000 square kilometers extending from Russia to Abkhazia.

Although these monuments are still largely unknown in the rest of Europe, these Russian megaliths are the same footing as the other European megalithic structures in terms of age and architectural quality, but their origin remains still a mystery.