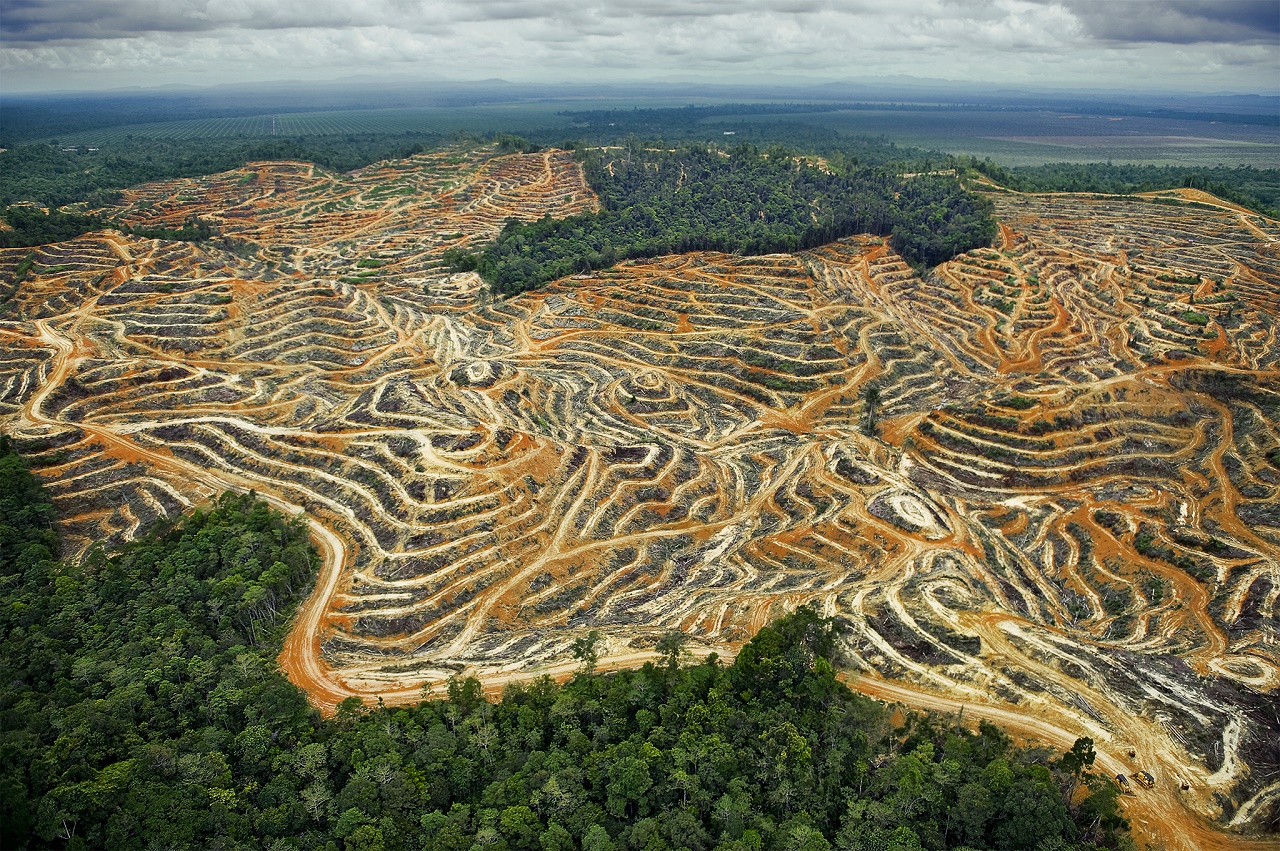 Amazon Rain Forest — One glance at the following pictures of the Amazon — devastated by a single industry — should have us rethinking our fix for burgers and fries.

When one considers that the rare rain forests of the Amazon account for more than 7,000 medical compounds, leaving thousands more uncategorized or even named, it will literally make us sick to keep clear-cutting the Amazon for cattle ranching and pig farming. Yet that’s exactly why this precious land is being destroyed.

The Amazonian rain forest is being bulldozed primarily for agricultural purposes, but specifically, in the Brazilian region, approximately 80 percent of the deforestation is caused by cattle ranching — increasing at an unprecedented rate every year.

For some this is hard to imagine — an area as big as Washington being completely wiped out — but we don’t have to. There are startling pictures which make the fallout from meat consumption a stark reality.

The demand for beef grows every year and the U.S., Europe, Russia, and China are largely to blame for Brazil’s healthy export business, as the country is the world’s largest exporter of beef.

In recent years, the total export value of beef increased dramatically, from $1.9 million to $1.9 billion. It has the largest commercial cattle herd of approximately 180 – 190 million head. The government of Brazil offers loans of billions of dollars to support the expansion of its beef industry, and the U.S., alone, consumes more than 200 million pounds of beef every year. In fact, according to U.S. Dept. of Agriculture consumption data, it’s the number one protein source in America, with average consumption of 67 pounds per person per year.

We really have to ask ourselves, is a summer beef Bar-B-Que, a trip to McDonald’s, or Kobe Steak House really worth this shocking devastation to one of the world’s most precious resources?

Brazil’s rain forest isn’t the only area that is at stake. Numerous countries’ ecologies are being utterly shattered. University of Cambridge research estimates that as the rainforests are being demolished, one or two major species groups is also being wiped out.

While people suffer from water and food shortages, the agricultural industry occupies over half of the world’s arable land resources, uses the majority of our freshwater stores, and causes rampant air and water pollution and land degradation — all while deforestation is pushing countless species to the brink of extinction.

This mindless practice also displaces indigenous peoples who have eons-old traditions for stewarding the land. As Susan E. Place writes in Tropical Rainforests: Latin American Nature and Society in Transition:

“Ecological adaptations and agricultural methods offer new resources for resource management of the Amazon without incurring the wholesale destruction which characterizes present developmental policies. If indigenous experience were taken seriously and incorporated into research and development programs, then the Indians would be recognized for what they truly are: a diligent, intelligent, and practical people who have adapted successfully to their Amazon environment over thousands of years.”

And yet, one in ten Americans will take a bite out of a burger today.