Home » Economy » Bad roads, bridges could pare $4T from GDP in a decade 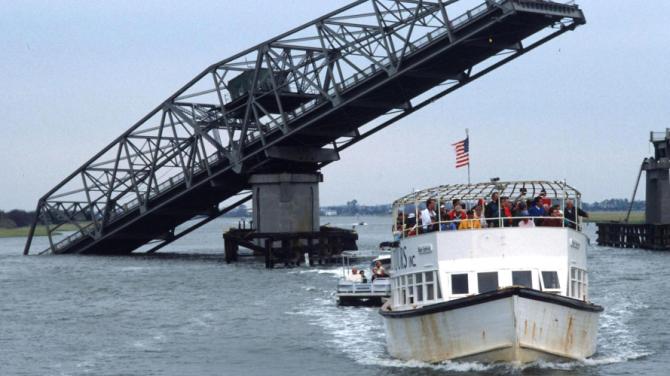 Bad roads, bridges could pare $4T from GDP in a decade

America is falling apart. And the repair bill is getting bigger.

That’s the conclusion of the latest “report card” on American roads, bridges, airports, power grid and other critical infrastructure from the American Society of Civil Engineers.

Over the next decade, it would cost more than $3.3 trillion to keep up with repairs and replacements, but based on current funding levels, the nation will come up more than $1.4 trillion short, the group says. When projected to 2040, the shortfall is expected to top $5 trillion, unless new funds are allocated.

Without that investment, the group said in its report this week, Americans can look forward to more highway traffic jams, airport bottlenecks and potential power outages. The deterioration of U.S. ports, roads, trains, water and electric facilities will also take an economic toll, the engineers said, cutting payroll growth by some 2.5 million jobs and some $4 trillion of gross domestic product in lost sales and higher costs.

“America is currently spending more failing to act on its infrastructure gap than it would to close it,” said Greg DiLoreto, the society’s past president and chairman of the Committee for America’s Infrastructure.

The funding gap hasn’t escaped the attention of the three remaining presidential candidates. In a rare example of consensus, both Republican Donald Trump and Democrats Hillary Clinton and Bernie Sanders agree that the U.S. needs to make a substantial investment in rebuilding.

Sanders has proposed spending $1 trillion to create more than 13 million new jobs to rebuild highways, airports and other public infrastructure, noting that these “are jobs that cannot be shipped offshore or outsourced overseas.”

Clinton wants to commit $275 billion in public funds over five years, including $25 billion for a national infrastructure bank to generate another $225 billion in direct loans, loan guarantees and other forms of credit.

And while Trump has not proposed a specific funding level, he says he’s in favor of major public investment in infrastructure repair and expansion.

“We’re spending billions of dollars protecting countries that should be paying us to do the job yet we can’t build roads in our own cities, he wrote in “Crippled America: How to Make America Great Again.” “If we do what we have to do correctly, we can create the biggest economic boom in this country since the New Deal when our vast infrastructure was first put into place. It’s a no-brainer.”