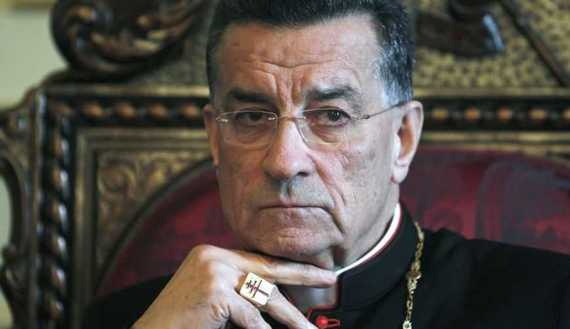 The Patriarch of the Maronite Catholic Church, Bechara Boutros Rai urged the international community to officially recognize the neutrality of Lebanon in the middle East conflict. In his opinion,this measure will be preserved to the state, which is experiencing political and social crisis, said the information released on Wednesday, the Catholic news Agency Fides.

Lebanon is home to more than a million Syrian refugees, accounting for nearly a quarter of its population. The country is in political crisis after the presidential term of former President Michel Suleiman in may 2014. According to the Lebanese Constitution, the President can only be a Maronite Christian, elected by Parliament. The Maronites profess Catholicism, most of the communities living in Lebanon.

The followers of this religious denomination in the country, nearly 25% of the total population. A new attempt to elect a President is scheduled for June 2.

About this spiritual leader of the Maronites, said at a press conference during his visit to France. During the visit, a meeting of Patriarch with President Francois Hollande.

Earlier Hollande during a visit to Beirut, promised the country’s authorities assistance in the amount of EUR 100 million and military assistance.

At the moment, according to the Primate of the Maronite Church, Lebanon has suffered from political crisis, social unrest, war in Syria and Iraq, but also from a massive inflow of refugees. According to him, the suffering of refugees «can exploit a terrorist organization».

Its name derives from the name of the monk St. Maron (IV century), of which the disciples built a monastery on the way from Aleppo to Antioch.

In the XII century, when the crusaders founded the Latin Principality of Antioch, the Maronites came into contact with the Latin Church. In 1182 the Maronites formally confirmed their unity with Rome, however, the majority believes that they are never interrupted communion with the Roman Church.

The constant emigration of the Maronites from Lebanon has led in recent years to the emergence of communities in the Diaspora.

Most of the communities of the Maronite Catholic Church is located in Lebanon, Syria, Cyprus, Brazil, USA, Canada and Australia.