Home » Manchet 4 » ‘Irreparable wounds to relations’: Turkey calls on US to rectify ‘mistake’ of F-35 cut-off 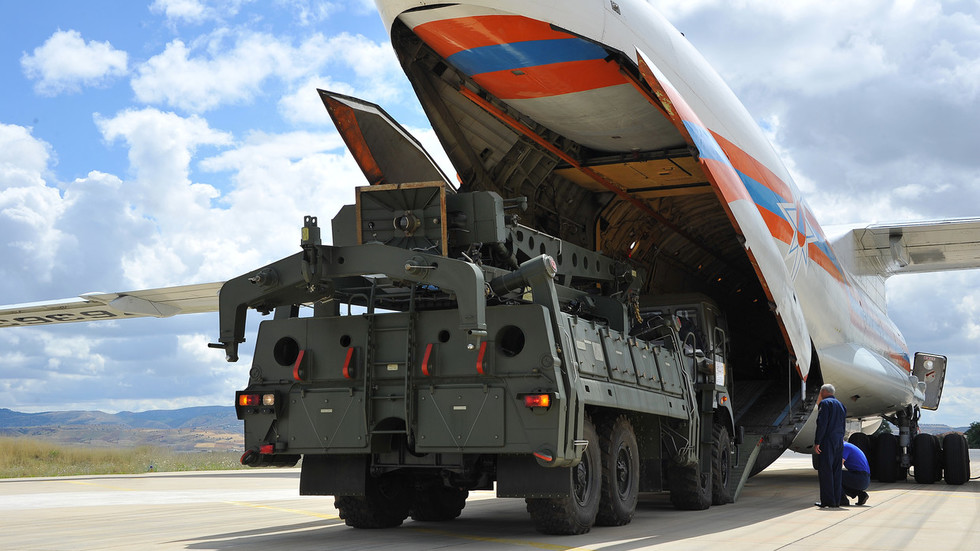 ‘Irreparable wounds to relations’: Turkey calls on US to rectify ‘mistake’ of F-35 cut-off

Turkey has blasted the US decision to kick it out of the F-35 fighter jet program, in response to Ankara buying Russian S-400 air defense systems, as a mistake that will cause permanent damage to the US-Turkish relations.

“This unilateral step is incompatible with the spirit of alliance and does not rely on any legitimate justification,” the Turkish Foreign Ministry said in a strong-worded statement Wednesday, shortly after the White House officially banished Turkey from the fifth-generation stealth jet program.

“We call on the United States to come back from this mistake that will cause irreparable wounds in our strategic relations,”it said.

The ministry dismissed as “invalid” American claims that the delivery of the Russia-made air and missile defense complexes, which began last week, would compromise F-35 and NATO security.

All attempts by Ankara to reach out to Washington in hopes to resolve the issue amicably have fallen on deaf ears, with the US not showing any interest in setting up a working group within NATO, Turkey said.

This lack of willingness to negotiate is “the most obvious indicator of the prejudice on the US side and the lack of will to resolve the issue in good faith.”

After repeatedly threatening that Turkey would be removed from the F-35 program if it went ahead with taking delivery of the S-400s, Washington did just that, citing concerns that the Russian technology can be used to gain intelligence on the jet’s “advanced capabilities.”

While cutting Turkey off, the US said it could still be reinstated in the F-35 program – if it ditches the Russian missiles, something that the Turkish government has ruled out. Moreover, Ankara hinted it would want to go “much further” in its “joint weapons production” with Moscow.