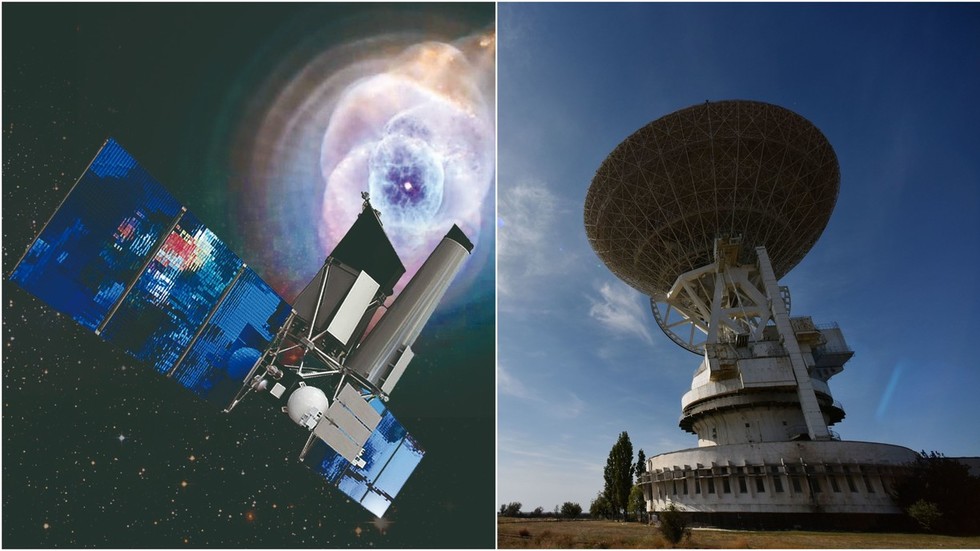 The launch of the unique Spektr-RG observatory and restoration of one of the world’s largest radio telescopes in Crimea shows Russia is serious about regaining its position as a top space power, experts have told RT.

The Proton-M booster blasted off from Baikonur Cosmodrome at the weekend, carrying state-of-the-art telescopes, which are expected to detect more than 100,000 massive galaxy clusters and more than three million supermassive black holes.

The German soft X-Ray telescope, eROSITA, and its hard X-Ray Russian counterpart, ART-XC, on board the station will scan the sky in unprecedented detail to create the most complete map ever of the observable universe. A similar mission was carried out by the German ROSAT satellite three decades ago, but the sensitivity of Spektr-RG is 30 times higher.

Scientists believe that the data gathered by the space observatory will allow them to greatly expand their knowledge of dark matter and dark energy, to subsequently test models of the expansion of the universe.

“It’s an extremely important system, which took many years of hard work to develop,” Aleksandr Galkevich, who headed Russia’s Gonets communication satellite system, told RT. Spektr-RG is the first telescope launched into space by Russia since 2011.

Within the next three months, Spektr-RG will cover some 1.5 million kilometers to reach its destination in the Lagrangian point 2. The location provides favorable conditions for the operations of the station as it’ll be free from temperature variations there due to the Earth, Moon and the Sun always being aligned favorably.

When the telescopes begin their first six-month-long survey, they will send data about its progress to Earth on a daily basis.

The RT-70 radio telescope in the village of Vitino near Yevpatoria. ©Sputnik / Aleksey Pavlishak

This information is to be received by two antennas in Russia, which will soon be joined by the RT-70 radio telescope in Crimea’s Yevpatoria. The reconstruction of the massive antenna, with a diameter of 70 meters, started after the peninsula’s reunification with Russia in 2014. It’s scheduled to resume operations in August 2020.

“The most valuable thing in space systems is information,” Galkevich said, regretting that so much valuable data was lost since the break-up of the Soviet Union in 1991.

“The antenna in Yevpatoria was in the wrong hands” when Crimea was under Ukrainian rule, he said. “But it’s of paramount importance for our country and for the whole world.”

At least, two antennas are required to provide the high quality of information received from Spektr-RG, Natan Eismont of the Space Research Institute at the Russian Academy of Sciences told RT. Restoring RT-70 is “essential” as the 64-meter radio telescope in Ussuriysk in the Russian Far East turned out to be not fully ready to support the project.

The antenna in Yevpatoria will also play a major part in other Russian space endeavours, including the Moon program, Eismont added. The country’s space agency, Roscosmos, said the cosmonauts may set foot on the lunar surface for the first time in the early 2030s, with a permanent Russian Moon base established by the 2040s.

Galkevich also pointed out that in order to fulfil this ambitious space project Russia needs to “patch holes” in its information support and “restore what was created by our predecessors – very serious people – the team of Sergei Korolev and those after him, who built a colossal system of tracking down data from deep space.”