Home » Manchet 2 » ‘Everyone to Caracas!’ Guaido calls for mass street action amid reports of US money boost 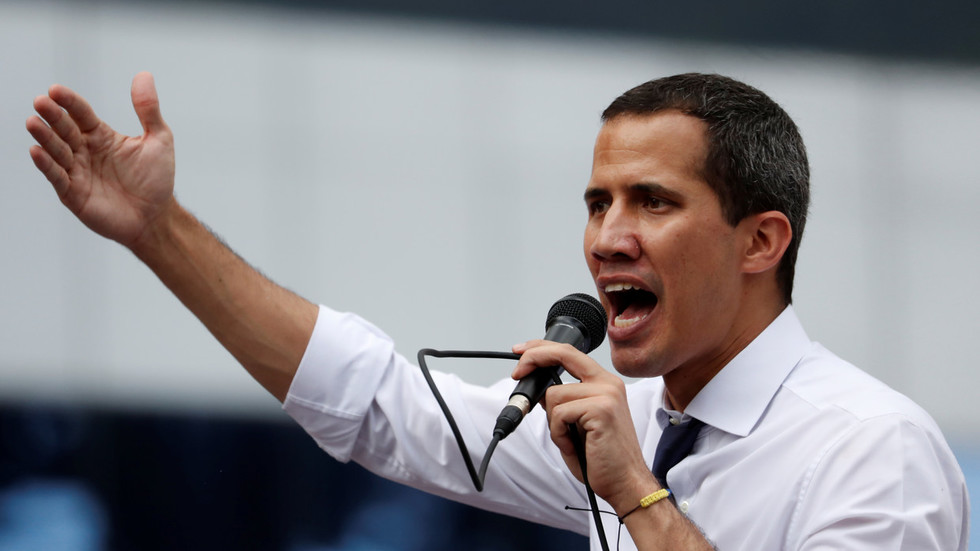 ‘Everyone to Caracas!’ Guaido calls for mass street action amid reports of US money boost

In a bid to regain lost momentum, Venezuelan opposition leader Juan Guaido has announced that he would embark on the “next stage” of his quest to seize power next week with a massive street rally planned for Tuesday.

“We call on all of Venezuela to mobilize. Together, with the citizen power and the work of the National Assembly, we will advance to a next stage in our struggle. Everyone to Caracas!” Guaido tweeted on Wednesday, calling on his supporters to turn up for a “Great Street Session” on July 23.

The rally apparently aims to galvanize the opposition movement in Venezuela, which is treading water domestically, despite enjoying broad support from the US and its allies – over 50 other nations in total.

Guaido is flaunting the outside support he enjoys in his quest for power. “Venezuelans are not alone; Presidents, leaders and agencies of the world are with us and have committed to Freedom and Democracy in Venezuela,” he tweeted shortly before announcing his new push for Caracas.

Coincidentally, the announcement comes just a day after it was reported that the US is considering redirecting some $41.9 million, previously earmarked for humanitarian aid for Guatemala and Honduras, to Guaido and his team.

According to an internal memo circulated by the US Agency for International Development (USAID) and dated July 11, the funds are set to be repurposed to pay salaries to Guaido and his entourage, cover their travel expenses, as well as provide them with “good governance” training, technical support and propaganda.

The money is part of about $370 million in aid permanently diverted by the Trump administration from El Salvador, Guatemala and Honduras over their inability to stop caravans of Central American migrants from marching towards the US border. Trump announced the decision to cut all aid in March, but it was unclear, until now, where the spare funds would go instead.