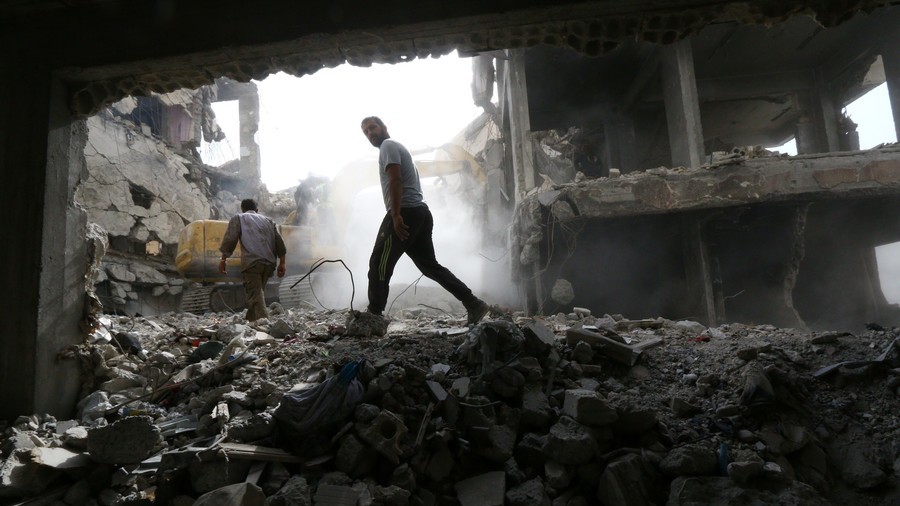 Entire families perished in US-led strikes on Raqqa that may have claimed more civilian lives than those of ISIS, NPR said in a shocking report tilting the Western media narrative on what has become of the “liberated” city.

The retaking of Raqqa, Islamic State’s (IS, formerly ISIS/ISIL) stronghold in Syria, was hailed as a major victory for the Western coalition one year ago – even despite harrowing reports of civilian casualties and unhinged destruction caused by the offensive. One year later, the Syrian city, where people are living side-by-side with rubble and human remains, barely makes a blip in Western media. RT has extensively reported about the plight of the city.

But now a new report, supplied with a warning it “contains descriptions of dead bodies,” is bringing harrowing testimonies of people, working tirelessly to recover corpses from under the ruins, to the Western readers. Those may be surprised to discover that US-led airstrikes apparently left more civilian casualties than publicly acknowledged.

The story opens up with a chilling description of “delicate skeletons of two children” being retrieved from a collapsed home. More bodies are then unearthed from a mass grave in what was once Raqqa’s public park.

While the US coalition says 104 civilians were killed in airstrikes and shelling, emergency teams working on the ground recovered more than 2,600 bodies since January of this year alone. Citing local workers, the report states that most of them “were civilians killed in coalition airstrikes during the battle for Raqqa between June and October 2017.”