Home » Manchet 4 » US sanctions are ‘an irritant but don’t bite, doomed to fail in Iran, Turkey and Russia’ 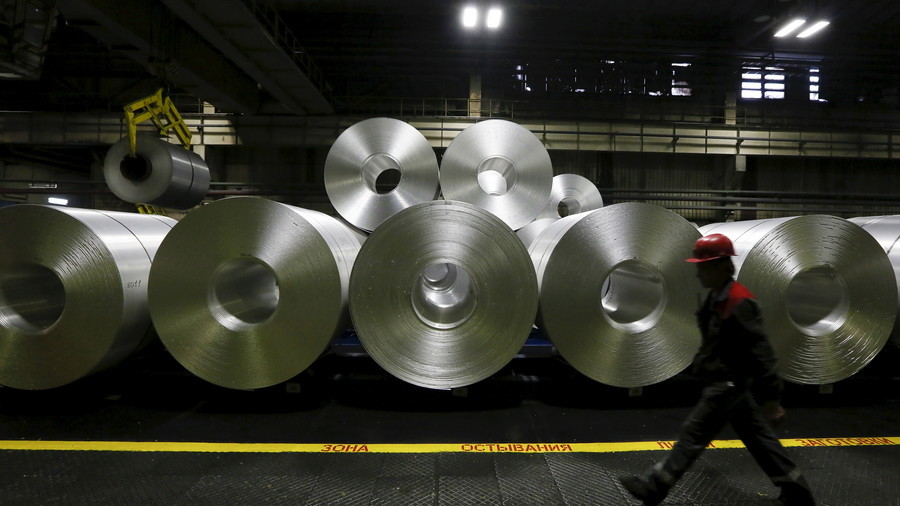 US sanctions are ‘an irritant but don’t bite, doomed to fail in Iran, Turkey and Russia’

There is no ethical basis for US sanctions anywhere as they are aimed to serve US interests wherever it is needed, international oil economist and professor, Mamdouh Salameh told RT.

Donald Trump’s efforts to punish Russia for its alleged election meddling could end up hitting US consumers in the pocket because aluminum imports are about to get more expensive.

Since the US Treasury’s imposition of sanctions on the Moscow-based aluminum giant RUSAL in April, fears of a global shortage have been growing and that has put upward pressures on the price. Washington officials have repeatedly pushed back the deadline for compliance with the restrictions.

US firms originally had to stop doing business with RUSAL by the end of this month but the deadline was extended untilmid-November to allow more time for talks with RUSAL’s parent company.

Salameh also believes that sanctions imposed on RUSAL could trigger further turmoil on the global aluminum market. He recalled that when the US announced sanctions on the world’s second-biggest aluminum producer, its market value declined “by almost 50 percent”but, on the other hand, the aluminum price shot up “by 30 percent.”

He also noted that in order to help reduce the prices the US retreated from these sanctions and, in his opinion, it shows that “there is no ethical basis for US sanctions anywhere. They are aimed to serve US interests wherever it is needed.”

In September, RUSAL received temporary reprieves from the US Treasury Department in the form of an extension of the deadline for ending third-party transactions.

Salameh believes that is a precedent and “maybe they [the US] will do the same with some other sanctions around the world.”

“What is coming from the US is confusing. The White House wants something. The Treasury wants something else. In the final analysis, they reach an agreement on what sanctions they take. But it shows that there is discrepancy in their views on the imposition of sanctions on countries and on companies as well as the individuals,” he explained.

But if there is some discrepancy, Salameh pointed out, “at least there is a glimmer of hope that the White House might prevail. And in that case it might hesitate to impose more sanctions on other countries and other companies and individuals.”

Salameh said that he is a great believer that sanctions, in general, don’t serve any purpose “except self-interest of the US.”

“We have seen sanctions imposed, in general, on Russia. And yet, the Russian economy is flourishing and the Russians are avoiding the impact of the dollar on the oil and gas revenue. We have seen that in North Korea… We will see it in Iran where it is doomed to fail miserably,” he continued.

According to Salameh’s calculations and reading of the market realities, “the sanctions on Iran will not cause Iran to lose a single barrel of oil from its oil export. The same applies to Turkey – the Americans imposed sanctions on Turkey and Turkey defied President Trump by going ahead and refusing to comply with sanctions on Iran.”

Salameh claimed that sanctions don’t serve any purpose. “The Americans tried to stop the Nord Stream 2, the project of carrying gas under the Baltics to Germany and the EU. It seems that Nord Stream 2 is unstoppable despite the sanctions on the companies involved in the financing.”

“In a nutshell, the sanctions are an irritant but they don’t bite… but they are counterproductive and should be removed,”Salameh concluded.