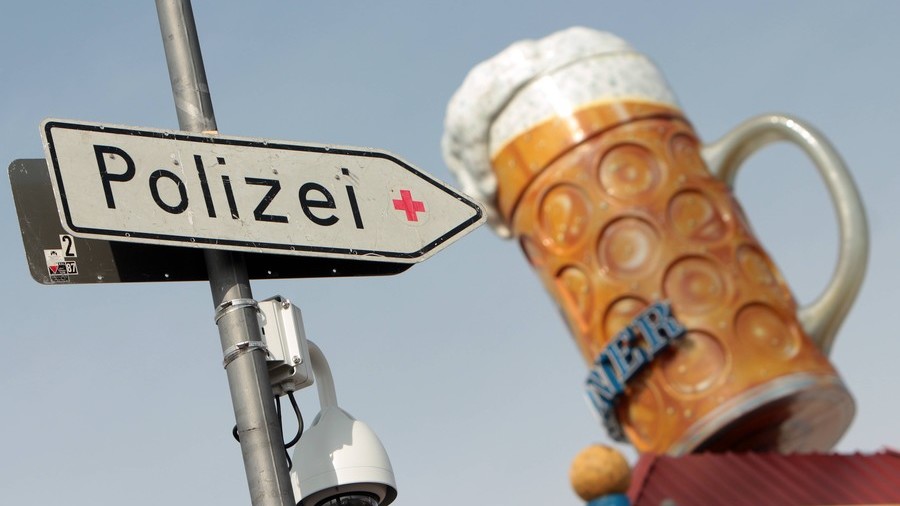 Two police officers and a security guard are under investigation in Germany for allegedly giving banned Nazi salutes while drunk at a bar. The incident comes as German police battle accusations of links to the far-right.

Law enforcement was notified of the offensive behavior by a witness who was also at the bar in the city of Rosenheim, Bavarian police said in a statement on Saturday. The three men were making Nazi salutes and shouting various racist slurs, the witness said.

Two of the men turned out to be members of the German Federal Police, while the third one is a Rosenheim security guard. All the suspects were off-duty when the incident occurred. The remarks allegedly produced by the suspects were a part of alcohol-induced “table talk” among the three men, and not a public statement of any sort, according to the police. The policemen have been suspended following the incident.

Even such “table talk” can land a person in hot water in Germany. The display of a Nazi salute – the “salute of unconstitutional organizations,” as the law euphemistically calls it – is a criminal offense which can put a person behind bars for up to three years.

The incident came amid allegations of links between far-right groups and police in the eastern state of Saxony. That scandal unfolded as an arrest warrant for one of the men suspected of fatally stabbing a German in the city of Chemnitz was leaked on Tuesday. The document included personal information about the suspect, a 22-year-old Iraqi national, including his name and residential address, as well as details about the incident. The warrant was widely circulated online by far-right groups.

The regional interior minister tried to divert attention away from law enforcement, alleging that it might have been leaked by someone else since it was “distributed to all parties involved in the proceedings.” A police officer, however, admitted on Friday that he was behind the leak. The offending officer has been suspended and may now face criminal charges. According to his lawyer, who was cited by local media, all he wanted to do was end “speculations” surrounding the fatal stabbing, which triggered unrest and anti-immigrant rallies in the city of Chemnitz.