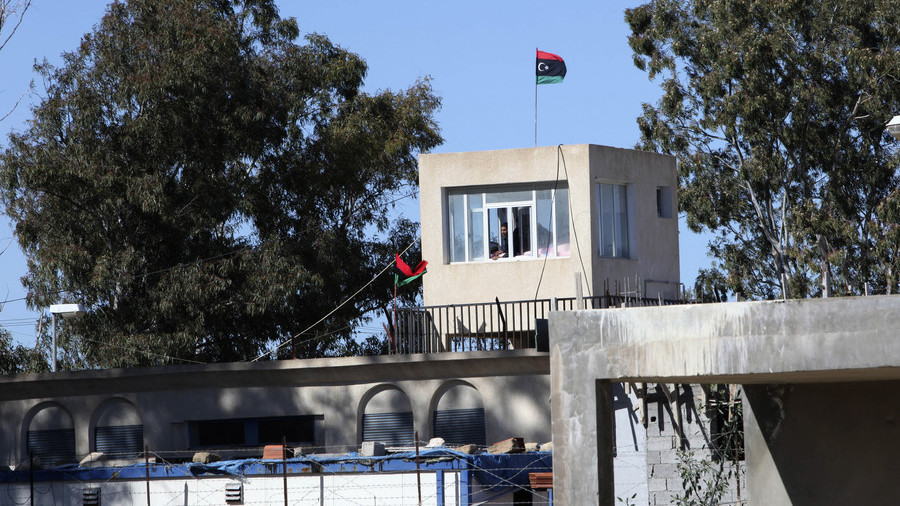 Some 400 people have reportedly escaped from a prison in a suburb of the Libyan capital Tripoli. The area has been engulfed in heavy infighting between rival militias for days. A state of emergency has been imposed in the city.

The inmates poured out of the prison’s gate, with guards fearing for their own safety as the four-hundred-strong crowd stormed the entrance. “The detainees were able to force open the doors and leave,” police said in a statement on Sunday.

The jailbreak was facilitated by the turmoil that has gripped the Libyan capital for a week now. A number of armed militias, some of them believed to be loosely affiliated with the UN-backed government in Tripoli, have been vying for control over the capital.

Police did not elaborate on what kind of offences the escaped inmates had committed.

Tripoli has been contested ground since the NATO-led invasion in 2011 left the country in ruins, with crumbled political and economic systems. But the violence intensified last week, with the 7th Brigade militia from the city of Tarhuna, some 65 km (40 mi) from Tripoli, attacking a coalition comprised of the Tripoli Revolutionaries’ Brigades (TRB), the Nawasi Brigade, the Chanewa Brigade, the Bab Tajoura Brigade and also Misrata’s 301 Brigade, which later retreated.

It is unknown what prompted the escalation, but the 7th Brigade claims to be trying to “cleanse Tripoli of corrupt militias”,which it accuses of receiving loans “worth millions of dollars” from government-controlled banks while locals struggle to get “a few dinars.”

Since clashes broke out on Monday last week, several attempts at truce negotiations by elders have failed, with the violence showing no signs of waning.

Libya’s UN-backed Government of National Accord (GNA) has denied that it backs any of the parties to the skirmishes, denying its perceived links to the 7th Brigade.

The fresh wave of violence that has swept the southern suburbs of the city has so far claimed the lives of 39 people and left some 100 injured. In an attempt to quell the unrest, the government on Sunday declared a state of emergency for Tripoli and its suburbs “to protect and secure civilians, public and private possessions and vital institutions.”

Seven years after the NATO-led military intervention and the subsequent toppling and murder of Libyan leader Muammar Gaddafi, the war-ravaged nation is still torn between two parallel governments: one in the west and another in the east. With more than one center of power, Libya has been politically and economically divided, and its central bank split. The situation is exacerbated by the refugee crisis, with Libya emerging as the world’s leading hub for human trafficking and the slave trade. The current wave of clashes has seen thousands of men, women and children confined in government-run detention centers.

It was reported last week that some 400 people locked up in Ain Zara, including 200 men, 200 women and 20 children under five, were abandoned by guards and had to survive without food and water.