Home » Economy » Is this the end of ultra cheap gasoline in Venezuela? 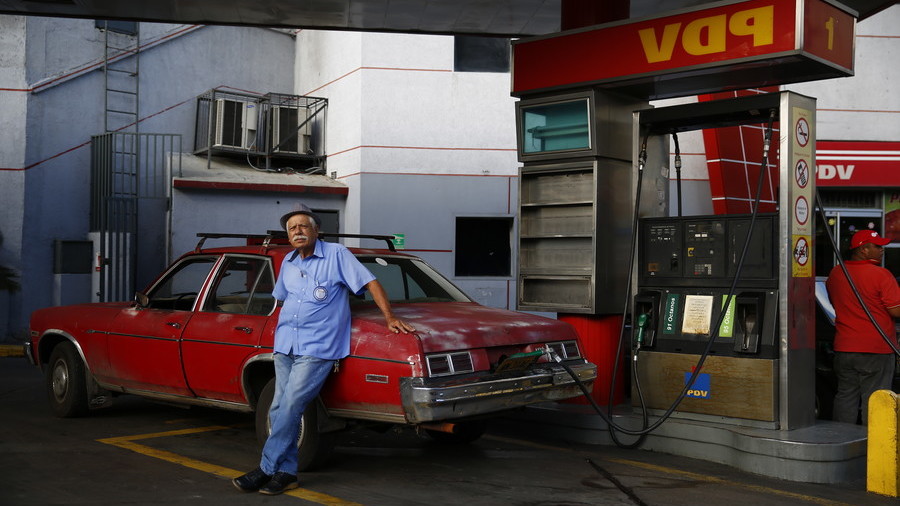 Is this the end of ultra cheap gasoline in Venezuela?

As the economic crisis continues to deepen, Venezuela’s President Nicolas Maduro is promising a new policy on gasoline (the world’s cheapest)— which is currently generously subsidized by the socialist regime.

Maduro promised earlier this week to roll out a new plan to ease the economic crisis and hyperinflation in a televised address to the nation that was delayed because of an hours-long blackout in the capital Caracas.

Although mismanagement and crumbling infrastructure often leave the countryside without power, it’s a rare event in the capital city and government seat, Caracas, the AP notes.

The president didn’t elaborate on the gasoline policy plan, but said in a televised cabinet meeting, as carried by Bloomberg:

“I’m committed and with a new national hydrocarbon policy we’ll have enough money, cash, in this country to invest in everything our people need.”

“We’ll have money to spare.”

Maduro of course didn’t say that gasoline prices would be increased, but warned that people who don’t take part in a nationwide car census beginning on Friday would not be eligible to receive state subsidies for gasoline.

Meanwhile, Venezuela’s inflation will surge to one million percent by the end of this year as the country with the world’s biggest oil reserves remains stuck in a profound economic and social crisis, the International Monetary Fund (IMF) predicts.

“We are projecting a surge in inflation to 1,000,000 percent by end-2018 to signal that the situation in Venezuela is similar to that in Germany in 1923 or Zimbabwe in the late 2000’s,” Alejandro Werner, Director of the Western Hemisphere Department, wrote in an IMF blog post last week.

Venezuela’s real gross domestic product is expected to drop by 18 percent this year, which would be the third consecutive year of GDP plunging by double digits, “driven by a significant drop in oil production and widespread micro-level distortions on top of large macroeconomic imbalances,” Werner said.