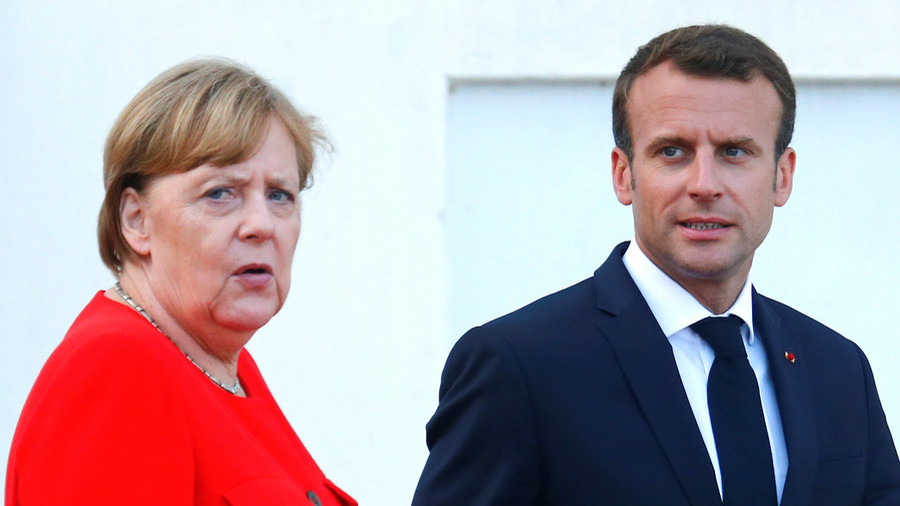 The people’s dissatisfaction with the leading EU governments appears to be rising, as fresh polls show a record decline in the ratings of French President Emmanuel Macron and of German Chancellor Angela Merkel’s ruling coalitions.

Support for Merkel’s conservative Christian Democratic Union (CDU) and its sister party, Bavaria’s Christian Social Union (CSU), has gone down to its lowest level since 2006, an Emnid poll, published by Bild am Sonntag, has revealed.

The CDU/CSU are currently polling at 29 percent, their lowest result in 12 years. Merkel’s party came out tops in the country’s federal election in September 2017 with 33 percent of the vote.

Such a situation is worrying for CSU, which seems to be at risk of losing its absolute majority in Germanys’ largest state of Bavaria after the regional election in October.
The survey provided no explanation for the results, but Merkel’s coalition nearly fell apart in June over a rift caused by the migrant crisis.

German Interior Minister and CSU leader Horst Seehofer threatened to resign if the influx of asylum seekers to Germany wasn’t curbed. A compromise was eventually reached after it was agreed that Germany will prevent migrants registered elsewhere from entering the country and will return them to the point of their departure. However, the political damage had already been done.

Meanwhile, in France, Macron also “has beaten his own anti-record,” the Journal du Dimanche wrote, commenting on the results of the survey, carried out for the outlet by Ifop.

Support for the French President has fallen from 41 to 37 percent in the period between July 18 and 27, the research revealed.

It’s the worst ratings the 40-year-old has had since he became French president in May 2017, claiming 66.1% percent of the vote in a run-off against Marine Le Pen.

Macron’s previous worst result was recoded in August 2016, when he was backed by 40 percent of the French population.

A video emerged earlier in July showing Benalla assaulting demonstrators during the May 1 protests in Paris. The rogue aide was filmed violently beating a male protester and dragging a woman, all while wearing a police-issue riot helmet.

As the incident gained wide publicity, Macron was forced to sack Benalla, who was later charged with violence at a public gathering, attempt to destroy video evidence and impersonation of a police officer.