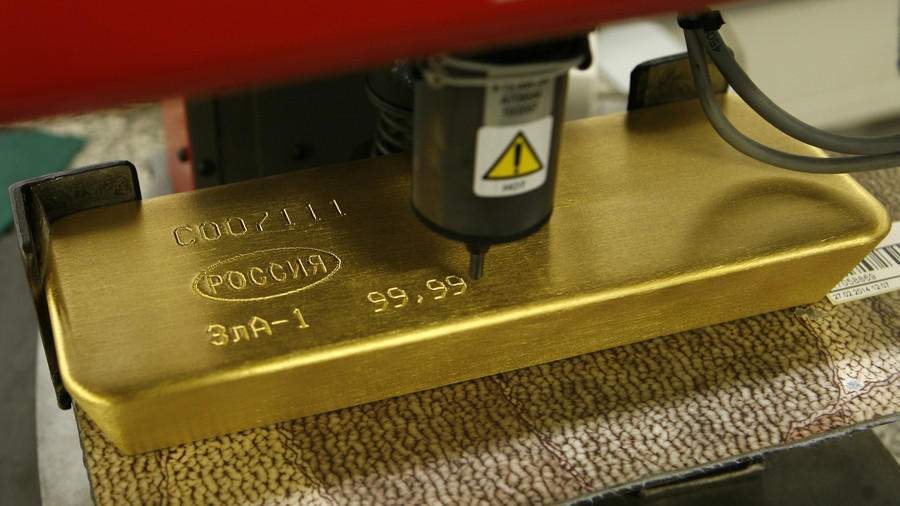 With 2,000 tons of gold in reserves, Russia’s bullion holdings are approaching the Soviet peak seen in 1941. Moscow is striving for financial independence and escape from US dollar hegemony, analysts told RT.

“Some countries in the world want to depend as little as possible on US policy, they dump the dollar in trade and American assets as reserves. Russia’s gold purchases increased during the US presidential race and did not stop despite Donald Trump’s victory even though he seemed as a more preferable candidate for the Kremlin,” Anton Makhnovsky, CEO of ICBF told RT. The analyst says he thinks Russia will continue ramping up its reserves.

Gold holdings of 2,000 tons are approaching the Soviet maximum of 2,800 tons reached in 1941. Over the last decade, the share of gold in reserves has soared tenfold. Russia also reduced its holdings of US Treasuries from $96.1 billion in March to just $14.9 billion in May. Bullion reserves are now worth $460 billion with the central bank aiming to increase that figure to $500 billion.

Analyst Vladimir Rojankovski from the International Financial Center in Moscow warned the Russian central bank last week that it shouldn’t get too dependent on gold.

“In the event of a global decline in the interest of large sovereign investors in US Treasury bonds, I expect an increase in speculative activity in precious metals in order to artificially lower their market valuation,” he told RT.