Home » Economy » How much gold is in the FIFA World Cup Trophy? 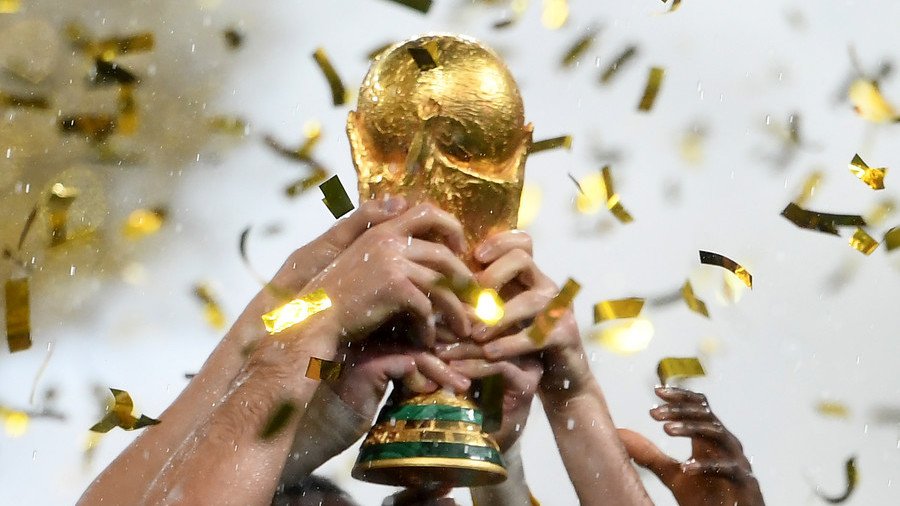 How much gold is in the FIFA World Cup Trophy?

Arguably the most coveted prize in sport, the FIFA World Cup trophy could not have been made from anything but gold. But RT wanted to find out just how much gold the trophy contains.

After the French national team’s victory in the 2018 final in Russia, RT talked to precious metals experts at BullionStar, who took a closer look at the legendary trophy.

Beyond all doubt, the statuette has almost a mythical status among elite football players and sports fans, and its iconic shape has become synonymous with the tournament that is held every four years.

The trophy was designed by Italian artist Silvio Gazzaniga and produced by the Italian Stabilimento Artistico Bertoni trophy design company in 1970, making its first appearance in the 1974 World Cup in West Germany. It currently bears the official name of the FIFA World Cup Trophy.

“To create a universal symbol, I was inspired by two fundamental images: those of a triumphant athlete and of the world,”Gazzaniga said, explaining the concept of the trophy.