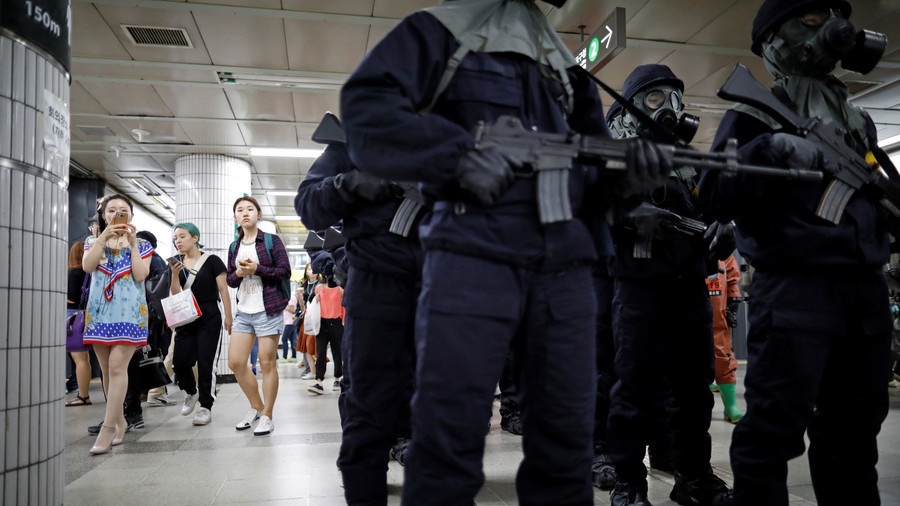 US President Donald Trump seems to be delivering on his promise to scale down military exercises with South Korea, which he made after meeting North Korea’s Kim Jong-un. A drill scheduled for August has been suspended.

Washington and Seoul have agreed to suspend their preparations for the exercise code-named Ulchi Freedom Guardian, the South Korean defense ministry said on Tuesday. “The South and the U.S. plan to continue consultations over additional measures,” the ministry’s text message to the media said, as cited by Yonhap news agency.

The South Korean ministry stressed that no decision was taken regarding other joint training exercises with the Americans. Two other major regular joint military exercises hosted by South Korea are Key Resolve and Foal Eagle usually held in springtime and in autumn respectively.

Washington confirmed that joint exercises with South Korea are being suspended for the time being, but did not immediately provide any details.

“Those conversations are ongoing at this point,” White House press secretary Sarah Sanders told reporters on Monday, adding the drills “will be paused” as long as North Korea continues acting in good faith.

The Pentagon statement on the announcement was similar to the one released by the South Korean military.

After meeting Kim in Singapore last week, Trump promised to stop “provocative, inappropriate and expensive” joint war games with South Korea. The announcement was an apparent concession to Pyongyang, which perceives massive military exercises, which US and South Korean troops regularly stage, as a major irritant. North Korea says it fears that such an exercise may be used to disguise preparations for an actual attack against it.

The Ulchi Freedom Guardian is a combined military exercise relying heavily on computerized simulation of warfare, which traces its origin to the late 1980s. Last year, some 17,500 American troops and over 50,000 South Korean troops participated in it, during a period of high tension on the Korean Peninsula.