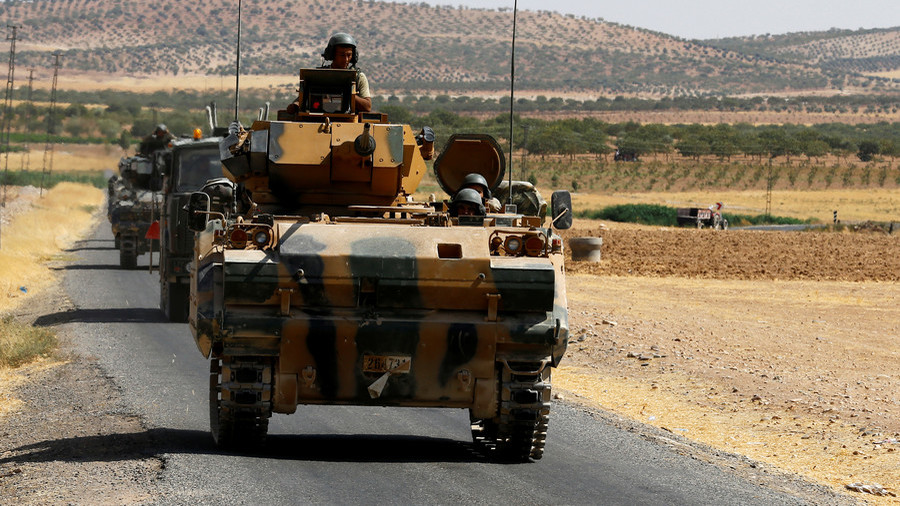 Turkish and US troops have begun separate patrols along the line dividing the Turkish-controlled areas from the Kurdish-held town of Manbij, northern Syria, after Ankara and Washington agreed a “roadmap” on the Kurds’ withdrawal.

The Kurdish YPG militias, whom Ankara considers terrorists and an extension of the banned Kurdistan Workers Party (PKK), have been leaving Manbij after the start of the patrols, Turkish President Recep Tayyip Erdogan later told a campaign rally in Samsun.

“We said the terror organizations would be removed from there. They have started to be removed… The patrolling has started,” Erdogan is cited as saying, by Hurriyet newspaper.

Foreign Minister Mevlut Cavusoglu, promised that Turkish soldiers would enter Manbij “step by step” in order to achieve “stability of the region,” while Prime Minister Binali Yıldırım said that the military’s task is to “clear terror elements” from the region.

The Pentagon spokesman, Eric Pahon, told Reuters that the US-led “coalition and Turkish forces have begun coordinated but independent patrols near, but not in, Manbij.”

The Manbij Military Council, which is affiliated with the Syrian Democratic Forces (SDF) and is mainly comprised of YPG fighters, has also confirmed the beginning of the patrols.

“On the Manbij side there are Manbij Military Council and coalition forces doing patrols,” Muhammad Abu Adel, the Council’s head, told Reuters.