Home » Manchet 1 » Assad: Hezbollah not leaving Syria yet, war against terrorism to continue 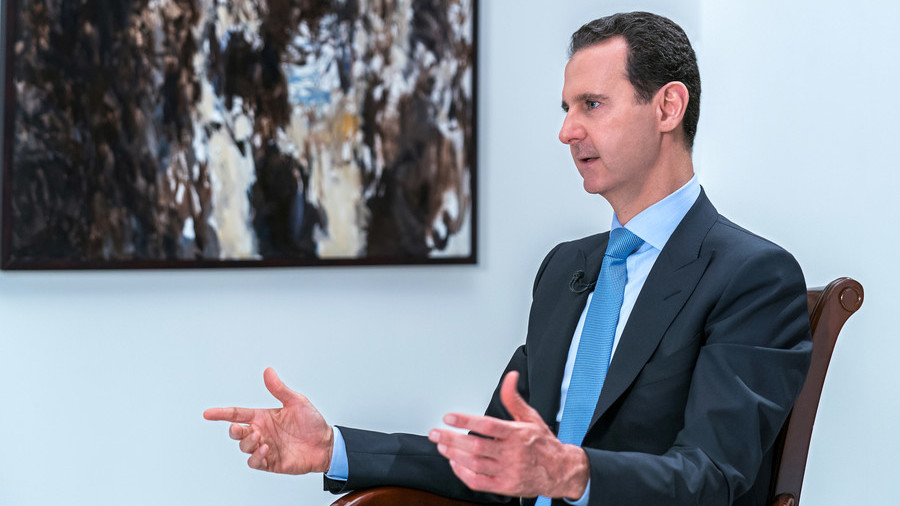 Assad: Hezbollah not leaving Syria yet, war against terrorism to continue

The war against terrorism in Syria is far from over and so it’s too early to discuss the withdrawal of Hezbollah forces from the country, Syrian President Bashar Assad said in his latest interview.

Ever since the conflict in Syria broke out, Lebanese Hezbollah fighters have offered substantial support to the Syrian Arab Army in battling the jihadist insurgency.

“The battle is long and ongoing…. but in the end Hezbollah is a basic element in this war – the battle is long, and the need for these military forces will continue for a long time. When there is a need, and when Hezbollah, Iran, or others believe that terrorism has been eliminated, they will tell us that they want to go home,” Assad told Iranian Al-‘Alam TV on Wednesday.

Hezbollah’s growing influence and the support it receives from Iran has repeatedly angered Israel, which carried out a number of raids against the organization it considers as terrorist. In his interview with the Iranian news outlet, Assad accused Israel of having no “conviction” or “morality” with respect to international law, when it comes to launching raids to protect terrorists.