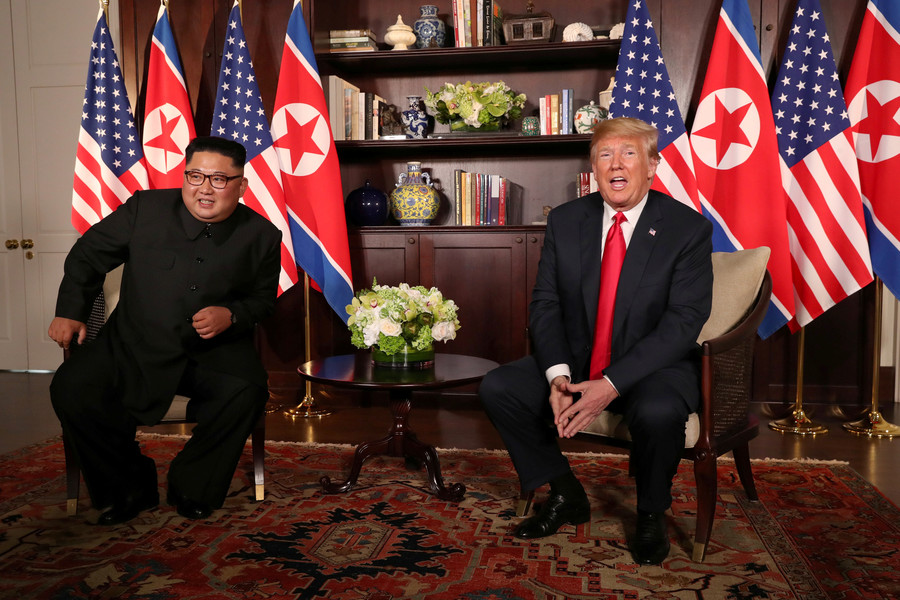 North Korean leader Kim Jong-un and US President Donald Trump have arrived at the summit venue Singapore. The historic first meeting of the two leaders will discuss a peace treaty and denuclearization of the Korean Peninsula.

Kim arrived first at the Capella Resort, on Singapore’s Sentosa Island, shortly before 9 am local time. He ignored the cameras, walking into the hotel with eyeglasses in hand. Trump followed a few minutes later, turning to face the cameras with a carefully neutral expression before he entered the venue.

The historic handshake of the two leaders before a row of US and North Korean flags took place at 9:04. Trump smiled and patted Kim on the back, ushering him towards the conference room. Trump said earlier he would know whether the summit would succeed within the first few minutes of meeting with Kim.