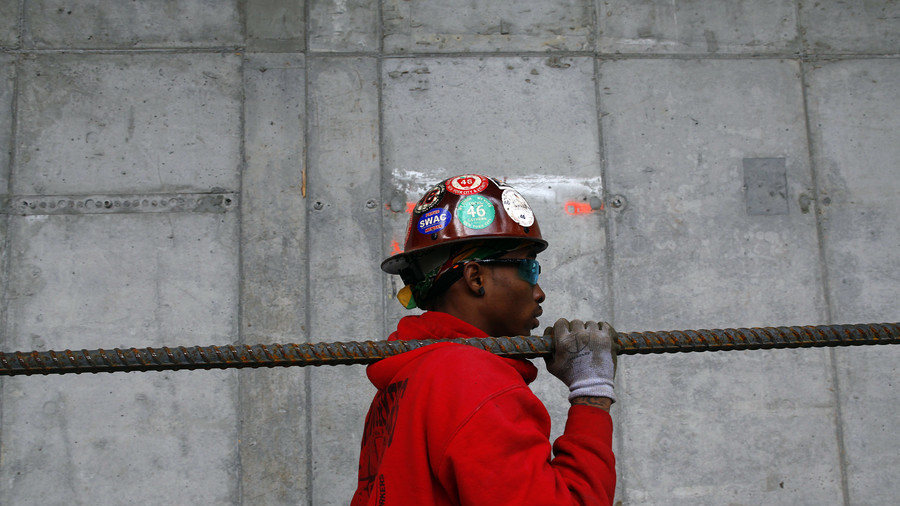 Trump’s tariffs to kill thousands of US jobs – study

US President Donald Trump’s trade war is supposed to create more jobs, but a recent study shows the reality may be more bitter for the ‘America First’ policy.

“The tariffs and retaliation would increase US steel employment and non-ferrous metals (primarily aluminum) employment by 26,346 jobs, but cost a net of 495,136 jobs throughout the rest of the economy, for a total net loss of nearly 470,000 jobs,” said Joseph Francois and Laura M. Baughman, economists with consulting group The Trade Partnership.

Trump’s trade views may cost even more US jobs, according to analysis by the US Chamber of Commerce. The number of jobs at risk is 2.6 million, it has warned.

“A growing list of tariffs proposed or imposed by our government, as well as the continued uncertainty over the future of NAFTA, threatens to undermine the economic progress we have made,” Chamber CEO Tom Donohue wrote in a memo.

It emerged after Commerce Secretary Wilbur Ross announced the tariffs last Thursday. The EU said it would retaliate in the World Trade Organization by levying jeans, bourbon whiskey, Harley Davidson motorcycles, and other traditional American goods.