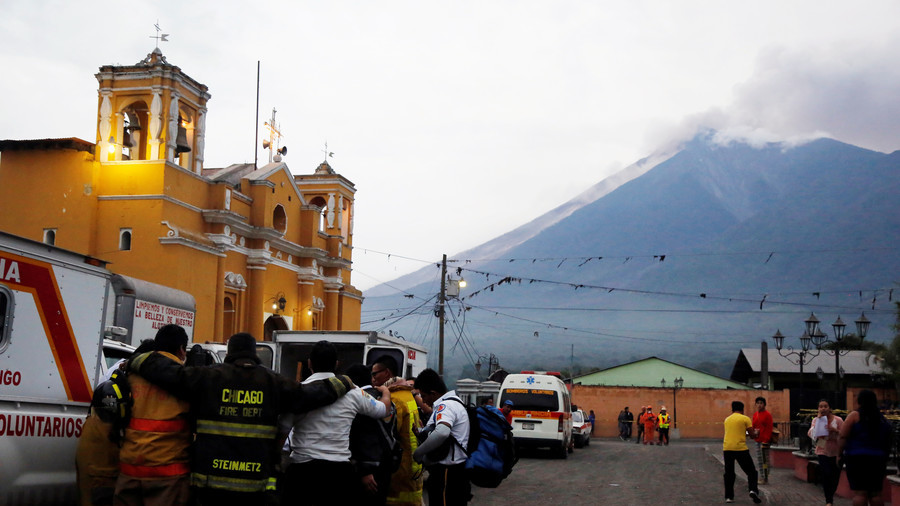 At least 25 people have been killed and dozens injured, after the Volcan de Fuego in Guatemala erupted, shooting smoke and rocks 10 km into the air and forcing a mass exodus from nearby villages blanketed by ash.

Twenty-five people have been reported dead, mainly in the community of El Rodeo, the National Coordinator for Disaster Reduction in Guatemala (Conred) confirmed, while at least another 20 were injured. Local reports indicate that some 2,000 people have fled the area.

At least two of the victims were children, who burned to death while standing on a bridge watching the eruption unfold, according to the head of Conred Sergio Cabanas.