Home » Manchet 1 » ‘We are with people, not bankers’: Italian Euroskeptic coalition lashes out at pro-EU interim PM 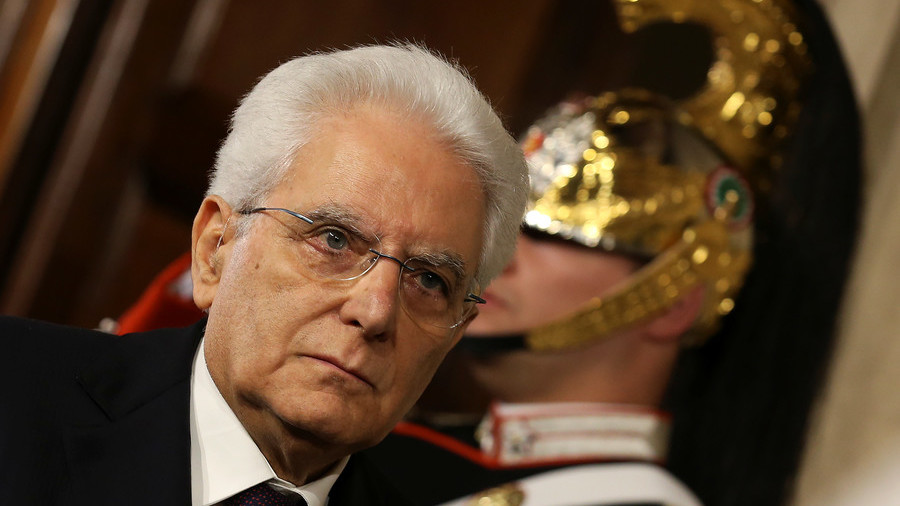 ‘We are with people, not bankers’: Italian Euroskeptic coalition lashes out at pro-EU interim PM

The appointment of a former IMF director as interim PM shows that Italy’s president is “with the bankers,” not the people, the head of Euroskeptic Lega Nord has said, exemplifying the widespread anger over the unprecedented move.

“They are with the bankers and the powerful ones. We are with the Italian people,” Matteo Salvini, the leader of Lega Nord, wrote on Twitter shortly after President Sergio Mattarella announced his decision to make ex-IMF director Carlo Cottarelli interim prime minister on Monday. The defiant message was accompanied by a photograph showing Mattarella, Cottarelli, former prime minister Matteo Renzi, and German Chancellor Angela Merkel and President Mattarella. Salvini is pictured below, rallying a crowd.