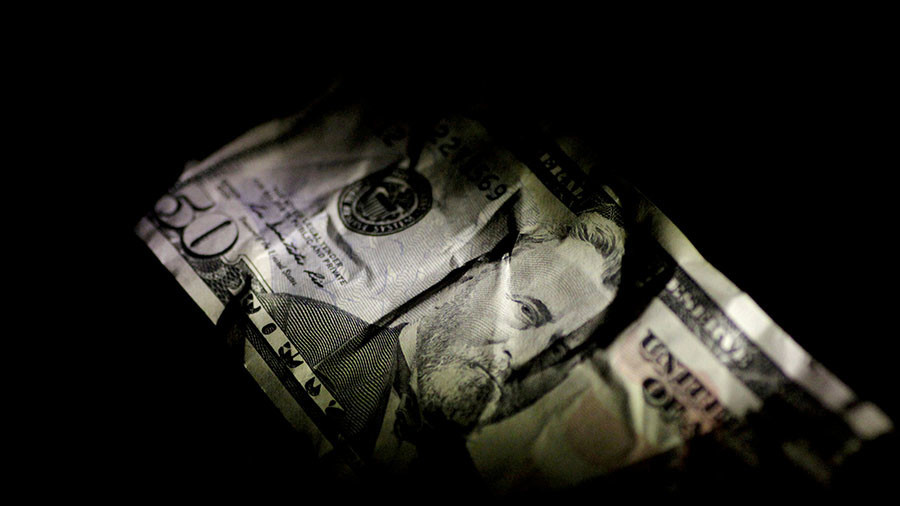 The re-imposition of US sanctions on Iran and Washington’s threat to punish European companies for doing business there provides a good opportunity for ditching the dollar, according to RT’s Keiser Report host, Max Keiser.

“The US uses the dollar as a weapon to promote US dollar hegemony and the US Empire. The world now sees clearly that the US dollar is a Central Bank enabled Ponzi scheme backed by the extraordinarily violent Pentagon whose multi-trillion dollar budget can only be justified via wars of convenience, torture, and election meddling around the world,” Keiser wrote.

“Unfortunately, European corporations are defying the EU and EC by threatening to abide by the preposterous US sanctions and financially censor Iran in ways that will boost the fortunes of these CEOs, but endanger millions of Europeans and people around the world,” he added.

According to Keiser, if European companies continue to abide by US sanctions despite the EU decision to nullify them, authorities in Brussels should cut all credit lines to these companies, even if this means fully nationalizing banks in Europe and creating new, crypto-enabled banks.

“The message needs to be sent. Responsible governments need to free global trade and finance from the corruption of the Central Banks, their minions in the banking sector, and the intolerably rapacious US dollar-as-world-reserve-currency based system that bilks the world to pay for America’s military adventurism and US dollar Ponzi scheme,” he concluded.

On Friday, the European Commission enabled the Blocking Statute of 1996, which forbids EU companies from complying with the extraterritorial effects of US sanctions, allows companies to recover damages arising from such sanctions, and nullifies the effect in the EU of any foreign court judgements based on them.