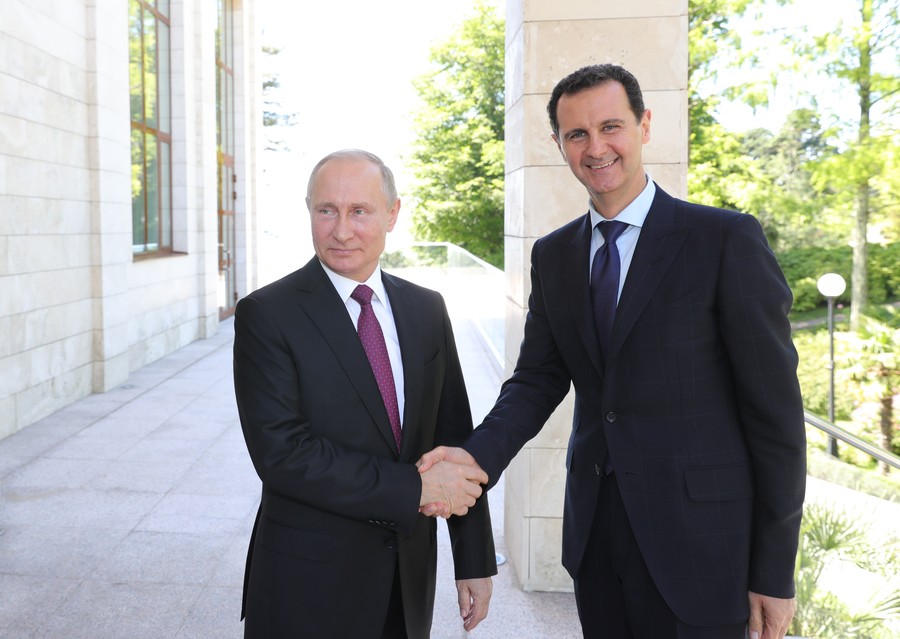 As the two presidents talked about the conditions that would facilitate the peace process development, the Syrian leader said that he had decided to send a delegation to a committee tasked to rewrite Syria’s constitution, which was championed by the UN.