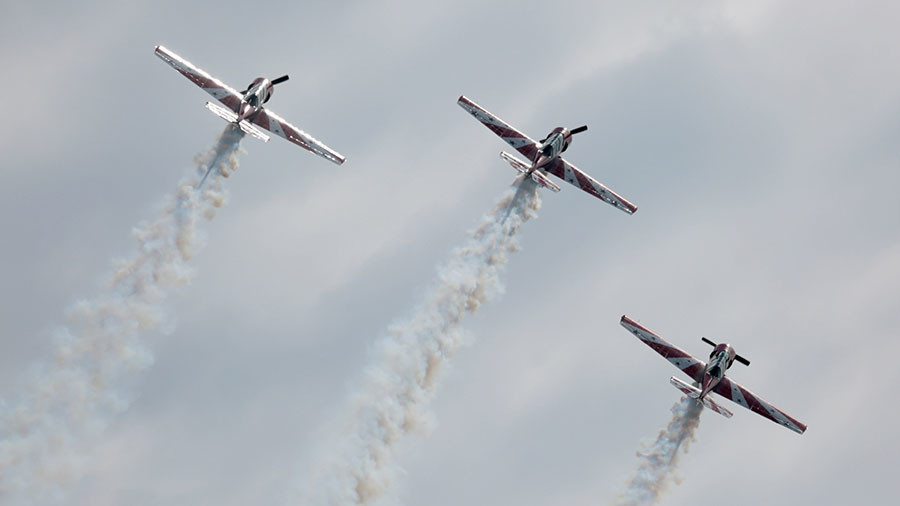 The Russian economy is proving to be resilient and showing a strong recovery from the initial shock of the latest round of US sanctions targeting the business sector.

The ruble-traded MOEX reached 2,358 points this week, which is very close to an all-time high of 2,376.96 seen in February. The dollar-traded RTS index is still over 10 percent down from the February highs, but has also been recovering.

Analysts are pointing at the good signs in the Russian economy and growing price in crude oil.  “The victorious march in the market goes on. In my opinion, this happens because of the influx of new investors in shares following the good situation in commodities and stable macroeconomic indicators,” said Freedom Finance analyst Georgy Vashchenko in a note. “If the trend does not break, MOEX can reach record high 2,400 points.

The US rating agencies are also remaining positive about the Russian economy. In February, S&P upgraded the Russian sovereign rating back into investment grade at BBB and has not revised it since then. Moody’s said on April 19 that Russia can weather the new sanctions. On Wednesday, it added that Russian corporate liquidity “remains strong.”

On Thursday, Brent oil reached $80 per barrel for the first time since 2014. While Russia has been trying to wean its economy from crude dependence, most of the country’s revenues still come from oil and gas. The ruble remains weak compared to the all-time highs, which means larger oil revenues in foreign currency allow Russia to replenish its ruble-based budget.