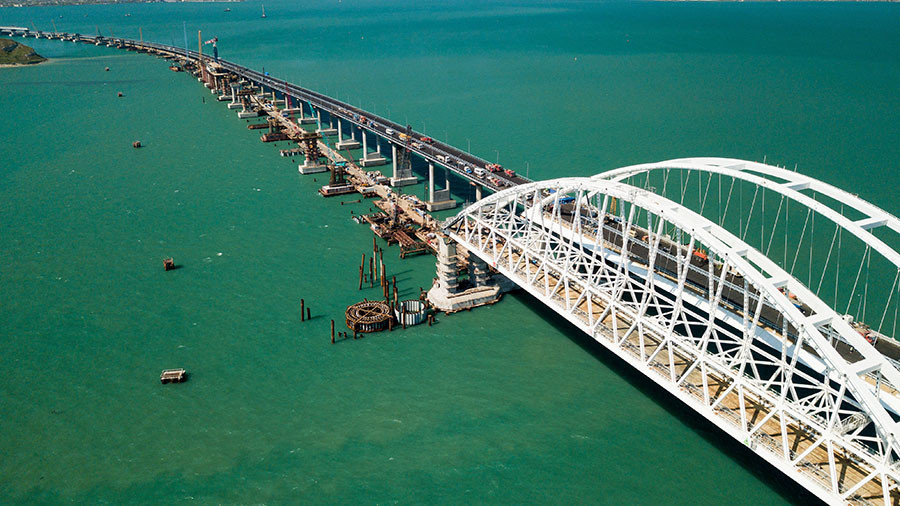 Bridge from mainland Russia to Crimea hours away from opening

The bridge across the Kerch Strait, which will connect the Crimean Peninsula and Krasnodar Region is set to open on Tuesday.

Construction of the bridge, the longest in Russia with a span of 19 kilometers, has been carried out since February 2016, and it is opening for cars more than half a year ahead of schedule.

The bridge capacity is 40,000 cars and 47 pairs of trains per day, 14 million passengers and 13 million tons of cargo per year. The railway section is scheduled to open in early 2019, the bridge will be opened for trucks starting from October of this year.

The link became vital after Crimea voted to rejoin Russia in 2014, as the peninsula’s only land border is with Ukraine. Before the opening, regular passenger and cargo deliveries were organized by direct flights and ferries from ports in southern Russia.

Each pillar of the bridge needs about 400 tons of metal structures, which means that all pillars need as much iron as 32 Eiffel towers. The bridge’s piles are installed at least 90 meters under water.