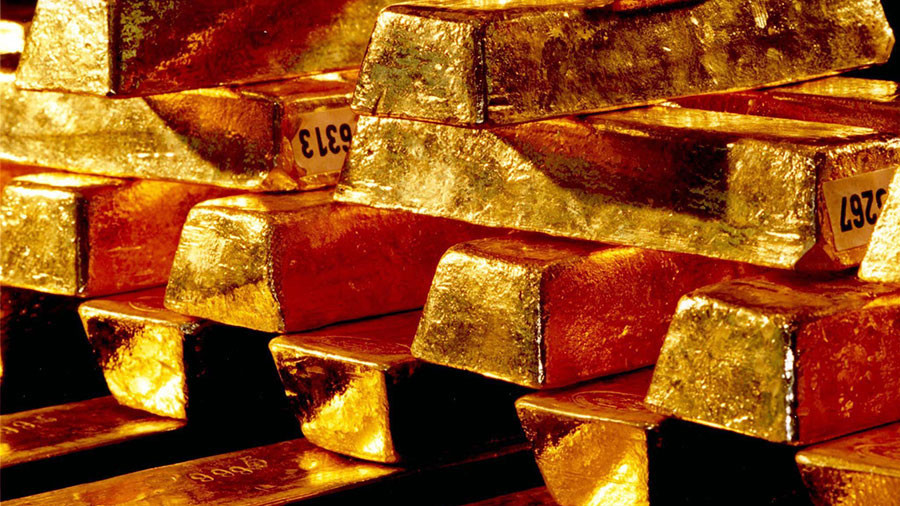 “Gold has been going up and down in fits and starts. But, right now it is suffering the pullback because of the US dollar strength,” Schlossberg, managing director of FX strategy at BK Asset Management, told CNBC.

According to the analyst, gold prices have fallen because of the stronger dollar and rising interests rates in the US. “Gold really suffers when real rates start to rise because gold offers no carry whatsoever,” he said.

However, geopolitical risks can help the bullion to rally, since investors usually see it is a safe haven in times of turbulence. “If we had some sort of geopolitical risk, especially geopolitical risk with Iran, gold will always be a harbor of safety and will have a sharp spike higher,” he said.

Markets have been worried that US President Donald Trump could pull out of the 2015 nuclear deal with Tehran brokered by the UK, China, Russia, France, Germany and the US. Iran has said it is not interested in re-negotiating the deal. Trump has given until May 12 to “fix” the supposed flaws of the 2015 deal.

Gold prices have slid recently. The precious metal was trading at $1,311 this Friday, while it peaked at $1,361 this January.