Home » Economy » Race to the clouds: Asia home to two-thirds of world’s skyscrapers 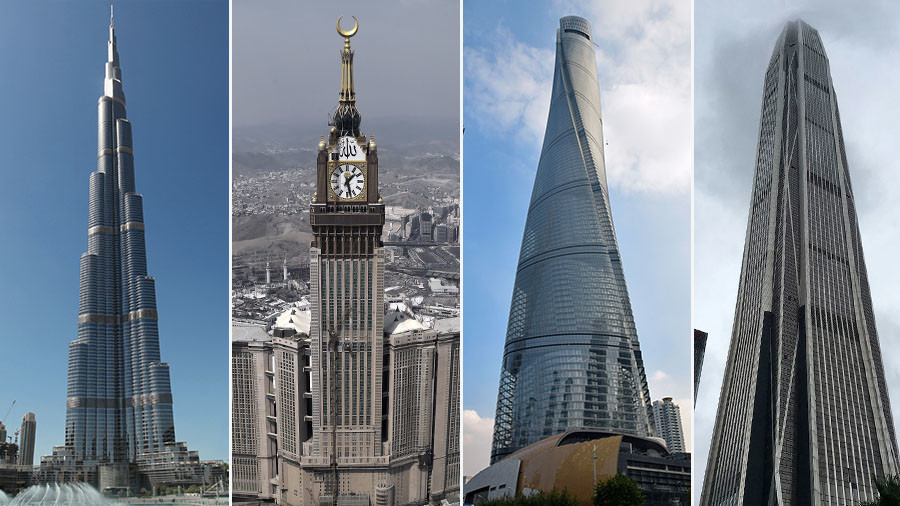 Race to the clouds: Asia home to two-thirds of world’s skyscrapers

Over 63 percent of the world’s tallest buildings are located in Asia, making the region a global leader in reaching skywards, according to data from the Council on Tall Buildings and Urban Habitat.

The eastern regions appear to have become home to more than 3,600 high-rise buildings, according to the report that is focused on structures exceeding 492.1 feet (150 meters).

The data shows that China accounts for the lion’s share of that figure with 2,306 skyscrapers that are 150 meters or higher. China may soon boast having more buildings taller than 300 meters than any other country.

In terms of the sheer number of skyscrapers, Asia leaves North America far behind, with the United States dominating the region with 943 giants in total. More than 78 percent of those skyscrapers are higher than 150 meters, 19 percent exceed 200 meters, and the remaining buildings are over 300 meters in height.

The authors of the research note that the entire continent of North America comprises just two countries, while Asia includes 18 nations, making it a smaller region overall.

China and the US are far ahead of other countries when it comes the number of tall buildings. However, the tallest are located in the United Arab Emirates, where 7.2 percent of supertall structures exceed 300 meters.

At 828 meters, Dubai’s Burj Khalifa is currently the tallest building in the world.

China boasts the second-biggest skyscraper – the Shanghai Tower in Shanghai is 632 meters tall.

The Abraj Al-Bait Towers in Mecca, Saudi Arabia rounds up the top three at ‎601 meters, followed by 599-meter Ping An Finance Centre, located in the Chinese Shenzhen.