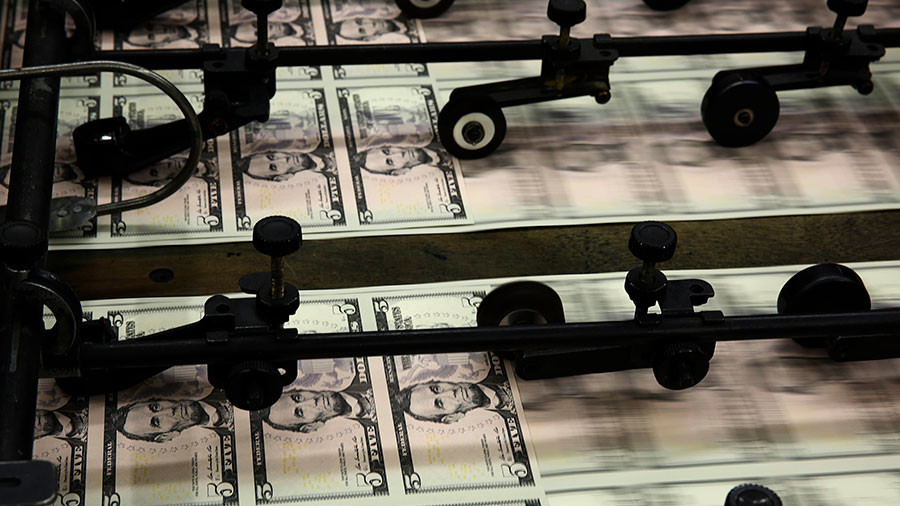 Skyrocketing US debt can’t be supported by dollar printing forever, crisis may be coming – analyst

Living with ever-growing debt, which has passed $21 trillion, has become a trademark of the US economy. RT asked an analyst how long this can continue without serious problems for the world’s largest economy.

US Treasuries and US foreign debt have long been supported by the dollar-printing machine, and this support may be ending, according to TeleTradeBel analyst Mikhail Grachev.

“From 2009 to 2014. The Fed was actively buying Treasuries as part of a quantitative easing policy (QE). After the QE was scrapped, the Fed continued to purchase the securities, only in smaller quantities. American legal entities and individuals have always been the third major buyer of debt. The growth of debt and the volume of issuance of securities was possible due to the continuous flow of liquidity from the Fed at zero interest rate. It has also supported the unrestrained growth of the American stock market,” Grachev told RT.

The tides have changed after the Fed began raising the interest rate (1.75 percent currently), which is expected to increase to 3.75 percent by 2020, the analyst notes. The investors’ interest in Treasuries began to decline and the yield automatically went up. This week, 10-year securities showed a yield of 3.018 percent. “This factor led to nervousness in the markets and raised a lot of questions,” Grachev says.

With the rising interest rate and Treasuries’ yields, the question of servicing the mounting debt could become a problem for the US economy, the analyst warns. “Although the economy of the US is great, even they don’t always have the extra money.”

When the yields on the 10-Year US Treasury Note rise, it indicates that the demand for the American securities falls, Grachev explains. The yields rose to a maximum of 15 percent during the peak of the Second Bear Bond Market in 1981. Since then, the US economy entered the Greatest Bull Bond Market, as yields tumbled from 15 percent to 1.5 percent in 2016. Following that, the yields have been on the rise again, surging to their highest level since the Great Recession of 2008.

“If the yield continues to grow, it can lead to a massive exodus of capital from Treasuries, and even result in the collapse of the world dollar financial system,” Grachev said. The analyst adds that a dollar collapse seems far-fetched at the moment, since the global economy is very dependent on the greenback. According to the expert, it is more likely that the dollar bubble will continue growing for the while.