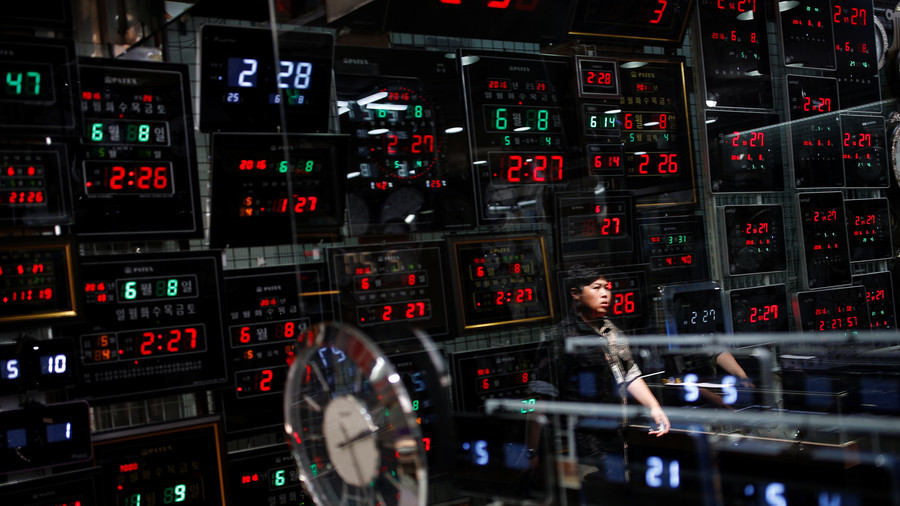 North Korea will merge time zones with South starting May 5

North Korea will synchronize its time with South Korea as early as this week, Pyongyang announced on Monday. The North created its own time zone in 2015, turning back the clocks by 30 minutes to defy Japanese colonial legacy.

The decision to return to the same time is one of the many symbolic highlights of the historic Friday summit between North Korea’s leader Kim Jong-un and South Korean President Moon Jae-in. The state-run KCNA agency reported that Kim said it was a “painful wrench” for him to see the two clocks hanging above the negotiation table at ‘Peace Village’ in Panmunjeom showing a different time.