Home » Manchet 2 » US, France & allies should not leave, must build ‘new Syria after war’ – Macron 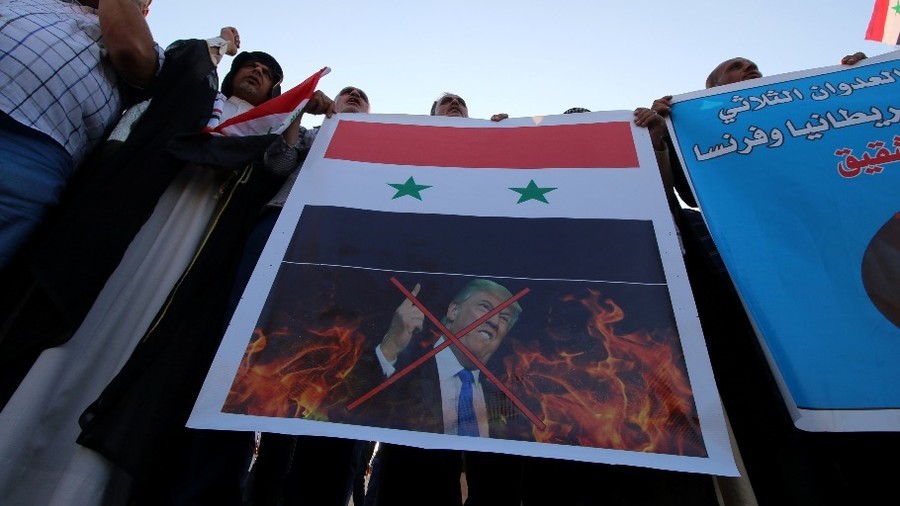 US, France & allies should not leave, must build ‘new Syria after war’ – Macron

The US, France, and their allies should not leave Syria after the conflict is over, but must build a “new Syria,” French President Emmanuel Macron said in an interview with FoxNews.

“We would have to build a new Syria after war,” Macron said, adding that the US role would be “very important” in this process. He added that “it’s not automatically US forces” that should carry out this task, but “that’s US diplomacy and it’s your President.”

“The day we’ll have finished this war against ISIS [Islamic State, IS]; if we leave definitely and totally – even from [the] political point of view – we will leave the floor to the Iranian regime, Bashar Assad and these guys and they will prepare [a] new war. They will fuel the new terrorists.”

Macron has recently been one of the strongest advocates for a prolonged American stay in Syria. He also ordered French forces to join the US-led missile strike on targets in Syria on April 14. The bombardment, which was described as retaliation for an alleged chemical attack by the Syrian government, did not receive approval from the UN Security Council and was conducted without the consent of the French parliament.

While stressing that Paris and allies should be involved in post-war Syria, the French leader still gave some credit to Russia and Turkey, saying that “even” these states will have an “important role.”

Washington and its allies, including France, launched their campaign against Islamic State in Syria in 2014. Apart from airstrikes, it involved support for the so-called “moderate opposition” on the ground with training and weapons. Later, Washington and Paris dispatched limited contingents of troops to Syria, triggering protests from Damascus.