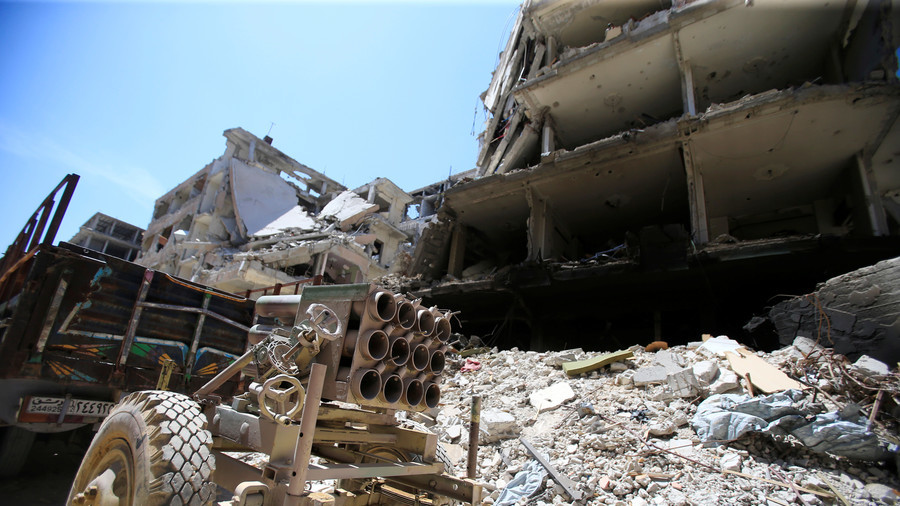 The alleged chemical attack in the Syrian city of Douma was staged by local militants, who tried to frame it as a Syrian Army strike, a German TV correspondent, who travelled to Damascus, has said publicly, citing local witnesses.

“People told us in a very convincing manner that this whole story was staged,” Uli Gack, a reporter with the German ZDF public broadcaster, said (referring to the alleged Douma chemical attack) while he spoke live on ZDF Heute (‘Today’) show on Satuday.

Gack had travelled to Syria and visited one of the refugee camps near Damascus, where “some 20,000 people from Eastern Ghouta and particularly from Douma” were living.

The scene of the attack, which allegedly took place on April 7, was in fact the “command post” of a local Islamist group, the reporter said, citing the witnesses he was able to speak to at the refugee camp.

He went on to say that, according to the locals, the militants brought canisters containing chlorine to the area and “actually waited for the Syrian Air Force to bomb the place, which was of particular interest for them.”

As the Syrian forces eventually struck the place, which was apparently a high-priority military target, the chlorine canisters exploded. The locals also told Gack that it is not the first such provocation in Douma that was staged by the militants.

According to other witness accounts, the militants deliberately exposed people to chemical agents during what they called “training exercises” then filmed it and later presented as an “evidence” of the alleged chemical attack in Douma.

The reporter then said he could not verify the people’s statements and cannot say if they are all true but called them quite “convincing”and added that they deserve attention.

Earlier, the Russian military said that they had found a laboratory operated by militants in central Douma, which was capable of producing chemical weapons.

In particular they found a cylinder filled with chlorine, which looks similar to the one that was shown in one of the videos of the alleged chemical attack in Douma and presented as a “chemical bomb dropped from a helicopter.”