Home » Manchet 1 » ‘Ready to slaughter people’: What we know about Russian school attacker 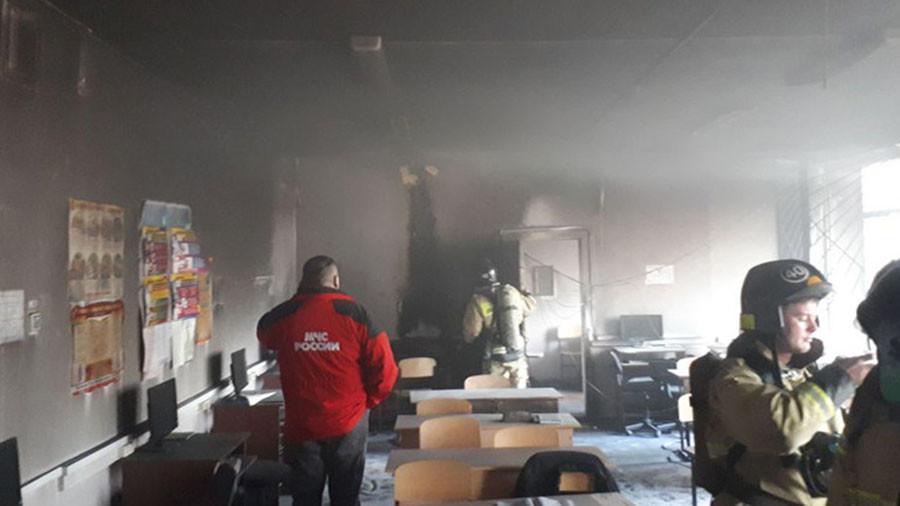 ‘Ready to slaughter people’: What we know about Russian school attacker

The teenager who attacked a school teacher and his classmates in a city in Russia’s Urals was reportedly inspired by the Columbine High School massacre. The teen was planning to slaughter his schoolmates and then commit suicide.

The 17-year-old boy, identified by the local media as Artyom, was armed with a knife and attempted to set fire to the school after attacking several people inside a classroom in the city of Sterlitamak, in the Republic of Bashkortostan.

The teenager entered a computer science class and attacked a female student and a teacher with a knife, according to Russia’s Investigative Committee. He then poured out a flammable substance, set it on fire, and tried to commit suicide.

As more information on the attack emerged online, several local outlets reported that an armband with Nazi-style insignia was found in the class where the teen carried out the attack. Then photos purportedly showing Artyom posing with a swastika armband began circulating in the Russian media.

Some of Artyom’s friends shared shocking conversations with him on VKontakte, the most popular Russian social network, in which the teenager told his friends that he was planning to attack his “autist” classmates. “I am ready to slaughter people,” he wrote on one occasion.

The school where the incident took place was a special-needs school for children with developmental difficulties, officials confirmed.