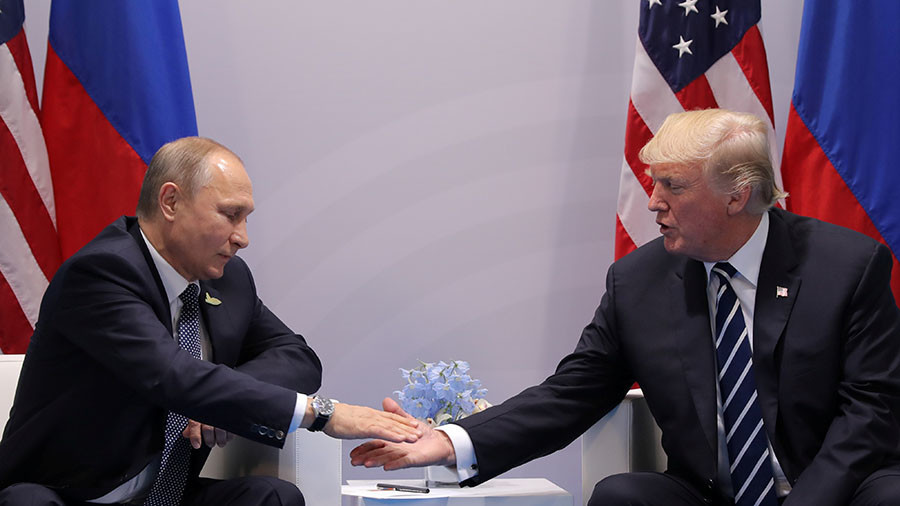 “When the presidents talked on the phone, Trump suggested holding a meeting in Washington DC,” Ushakov told reporters on Monday. He added that it was the US leader who had proposed the idea of the meeting

However, no preparations for a possible meeting have been discussed since the March 20 telephone call, Putin’s aide said. The US and Russia have also been at loggerheads over the poisoning of ex-double agent Sergei Skripal in the UK, which has sparked tit-for-tat expulsions of diplomats.

Trump decided to expel 60 diplomats and close Russia’s consulate in Seattle after London accused Moscow of poisoning Skripal and his daughter Yulia, although no evidence of Russia’s role has been provided. Moscow responded by expelling the same number of US diplomatic staff from Russia and closing the consulate in St. Petersburg.

“I would like to believe that [preparation for the meeting] will start,”Ushakov said, adding that he hopes Washington puts the measures based on “absolutely unsubstantiated charges” on hold.

During the March 20 call, Putin and Trump also discussed combating international terrorism and the importance of coordinated efforts to limit the arms race.

Putin and Trump have so far met twice: during the G20 summit in Germany last July and on the sidelines of the Asia-Pacific Economic Cooperation summit in Vietnam in November.