Home » Manchet 1 » ‘Chinese province of the Philippines?’ Duterte says Beijing’s military bases only threaten the US 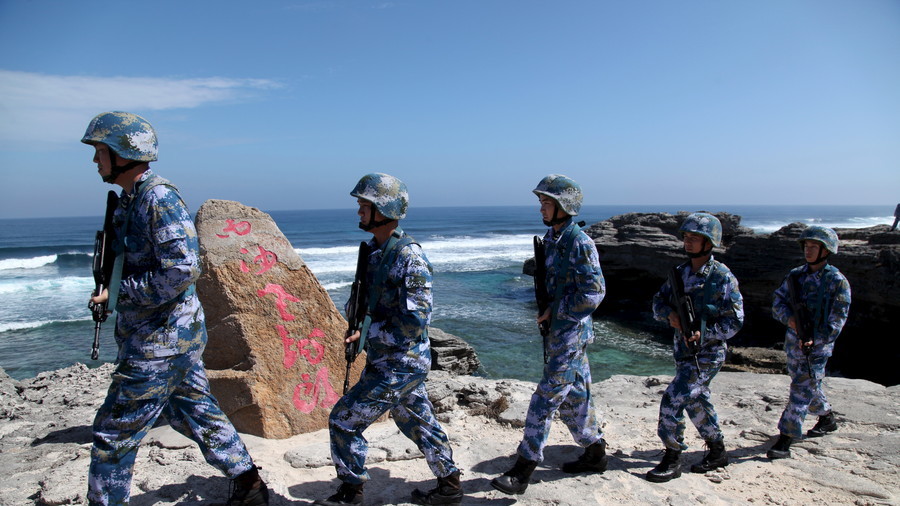 ‘Chinese province of the Philippines?’ Duterte says Beijing’s military bases only threaten the US

The Philippines is not concerned about Chinese military bases in the South China Sea, which are aimed to counter US influence, Rodrigo Duterte said, emphasizing that Manila can solve any disputes with Beijing diplomatically.

The disputed waters of the South China Sea have long been a bone of contention between the regional players – China, Taiwan, Vietnam, Philippines, Indonesia, Malaysia and Brunei. Beijing has laid claim to nearly all of the resource-rich area, through which an estimated $5 trillion worth of trade passes each year. China reportedly boosted the construction of military bases on artificial islands around the Spratly and Paracel Islands to protect its national interests in the area. The control of the archipelago, which includes about 130 small coral islands and reefs, is key to Beijing’s dominance in the South China Sea.

The Philippines, a direct party to the territorial dispute, believes that the Chinese military installations are not intended to confront neighbors, but rather to repel the US from the region. Despite Washington having no territorial claims in the area, the US has always stressed the necessity for freedom of navigation in the area and opposed China’s claims. The US and Chinese militaries have had frequent standoffs in the South China Sea.

“China building structures and military bases. I must admit it. But is it intended for us? You must be joking,” Philippine President Rodrigo Duterte told Chinese-Filipino businessmen at a gathering in Manila attended by Chinese Ambassador to the Philippines Zhao Jianhua.

“It’s not intended for us. The contending ideological powers of the world or the geopolitics has greatly changed. It’s really intended against those who the Chinese think would destroy them. And that is America,” he added, according to Inquirer.

Duterte stressed that Manila will pursue a “diplomatic” course with Beijing over territorial disputes and avoid any military provocation in the region. In July 2016, judges in the Hague ruled that China has caused irreversible harm to the ecosystem of the Spratly Islands and violated sovereign rights of the Philippines. A tribunal at the Hague said in a ruling that “there was no legal basis for China to claim historic rights to resources within the sea areas falling within the ‘nine-dash line,’” referring to a demarcation line on a map of the sea from 1947. However, Beijing has ignored the verdict, saying its islands come with exclusive economic zones, where Chinese people have had activities for 2,000 years.